A Friday evening Primatial Vigil commemorating the Exaltation of the Precious and Life-Giving Cross featured a perhaps otherwise typical detail: Ambrose Inlow, a third-year seminarian at Saint Tikhon’s prayerfully read the Hexapsalmos, that is, the Six Psalms at the beginning of the order of Matins. A seminarian reading this is no surprise, but that Ambrose Inlow was doing so wove him into a simple and long-standing tradition at Saint Tikhon’s. For all those men chosen to be ordained to the Diaconate are first responsible for reading the Six Psalms the evening prior to their day of elevation.

Accompanied by the singing of the Saint Tikhon’s Mixed Choir--under the direction of Benedict Sheehan--and in the eyes of a myriad of faithful, Ambrose was tonsured and ordained to the rank of Reader. Having first been vested in the short phelonion, he was then given a selection to read from the Apostle. Demonstrating his capability, he was then vested in the sticharion, and likewise girt in an orarion. Now a Subdeacon, Ambrose washed the hands of His Beatitude, Metropolitan Tikhon, and the Liturgy was begun.

The Divine Liturgy contained all the common traits of any Hierarchical service, but with the added joy of a Primate’s presence along with the awe of venerating the Wood of the Cross, a relic of which lay enshrouded with bright red carnations in the center of the nave. “Before Thy Cross, we bow down in worship, O Master…” was chanted by the clergy and choir as the faithful fell prostrate. The Diptychs were chanted festively by the Reverend Archdeacon Joseph Matusiak and mirrored by the choir. And crowning the entire service was the laying on of hands by His Beatitude upon Subdeacon Ambrose, who knelt with his forehead on the corner of the Holy Table.

After Father Deacon Ambrose took up the marks of his new office, concluding with the fan, the chanting of Axios resounded throughout the Monastery Church. At the close of the Liturgy, the concelebrating priests (including Archimandrite Sergius Bowyer--the Abbot of Saint Tikhon’s, Archimandrite Alexis Trader, Father John Parker--Dean of Saint Tikhon’s Seminary, Hieromonk Herman, Father Ignatius Gauvain, and Father Vjekoslav Jovicic) and deacons gathered for photos with the newly-ordained and his Matushka, Meghan (Juliana) Inlow, and their family. On behalf of the Saint Tikhon’s family, we congratulate the Inlow family and wish them many blessed years! Axios, Axios, Axios! 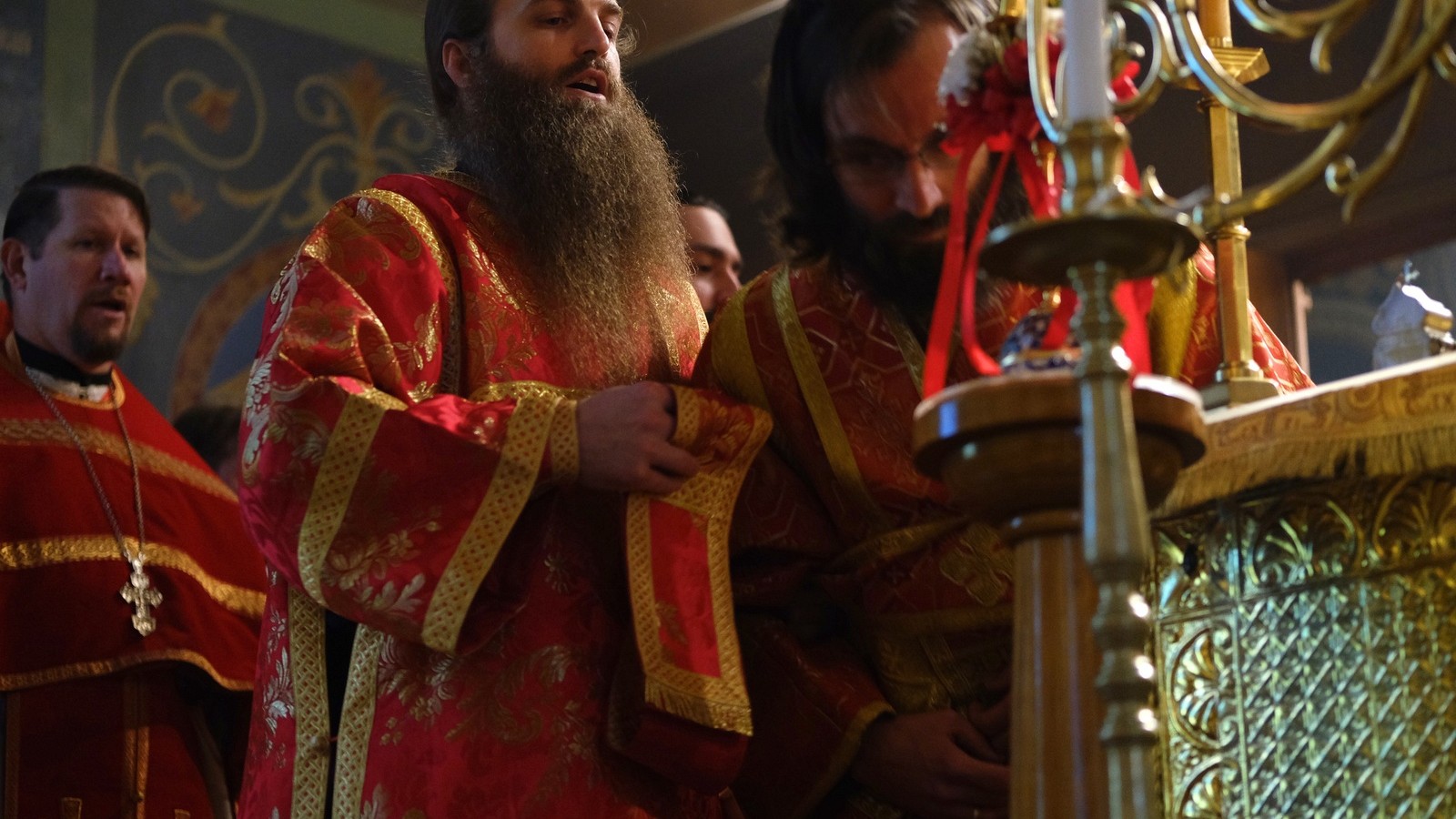 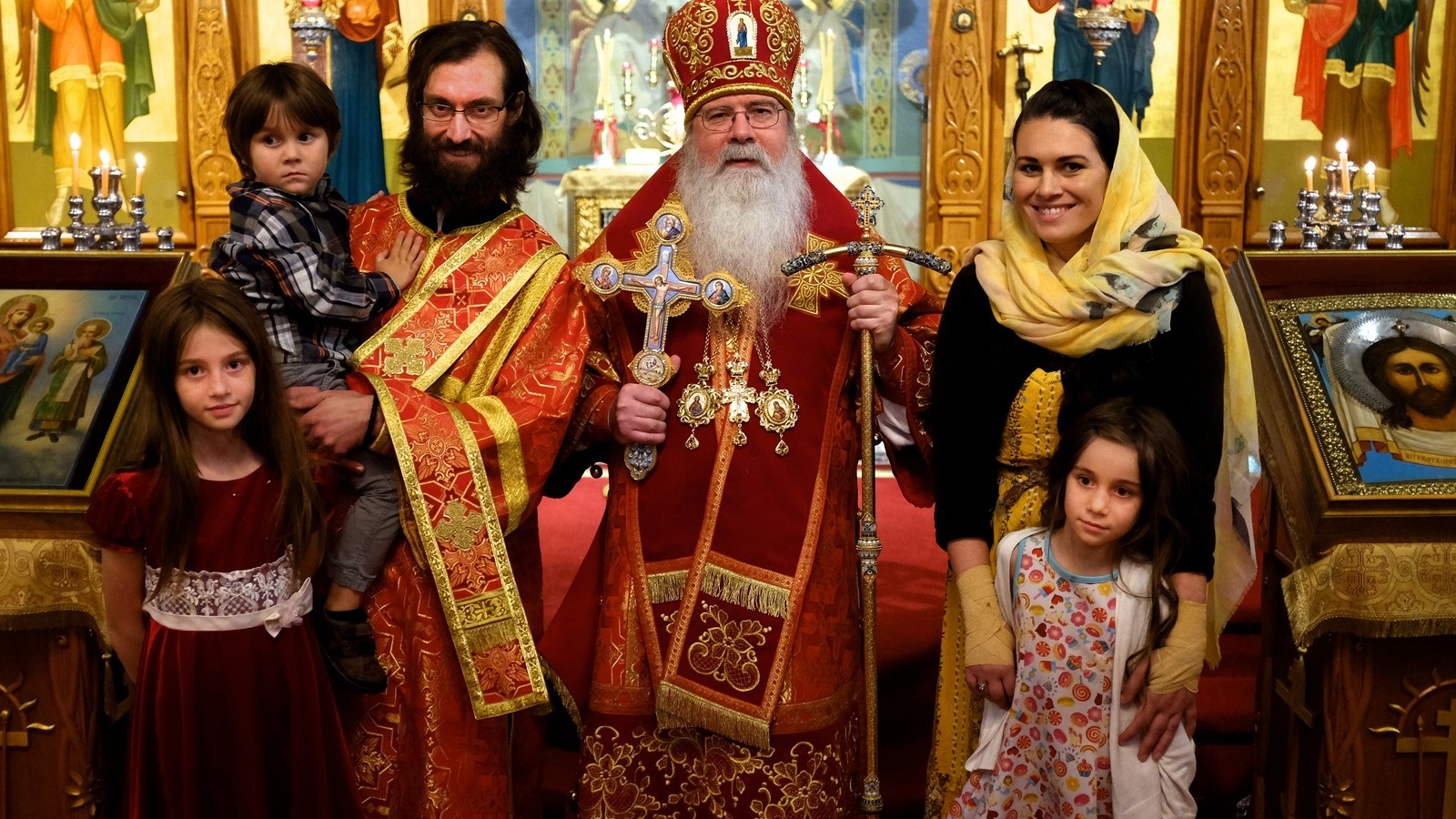 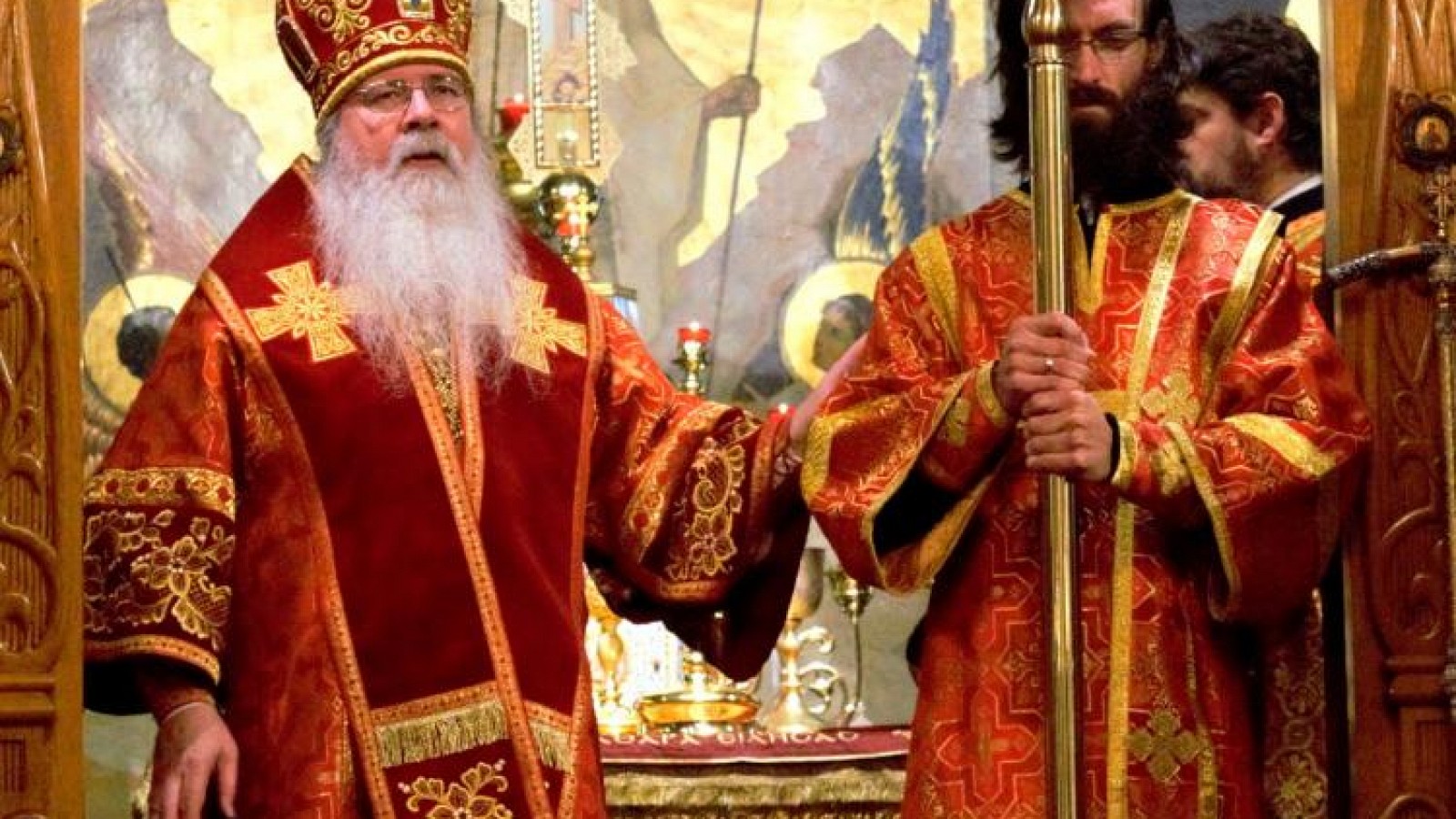 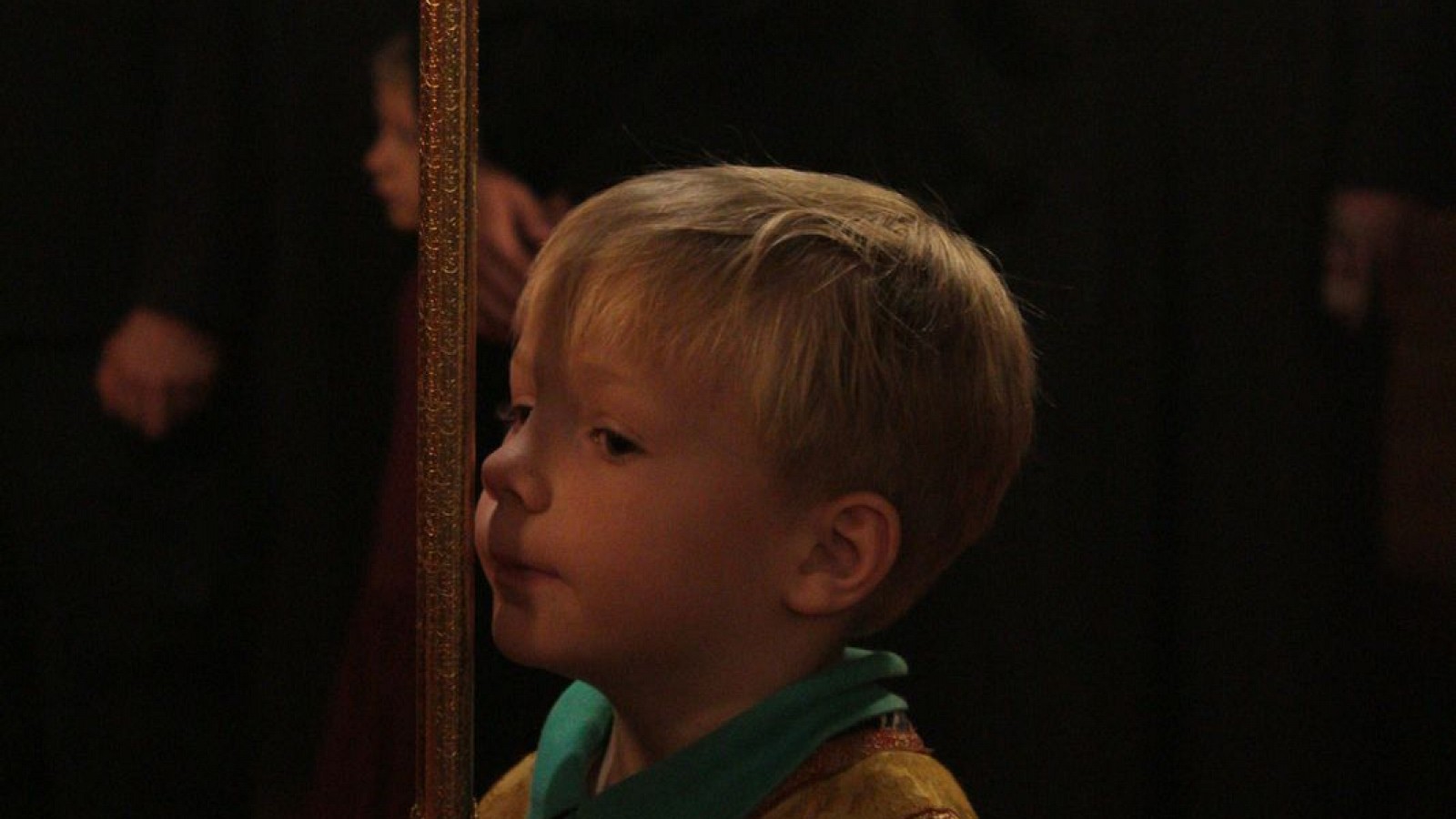 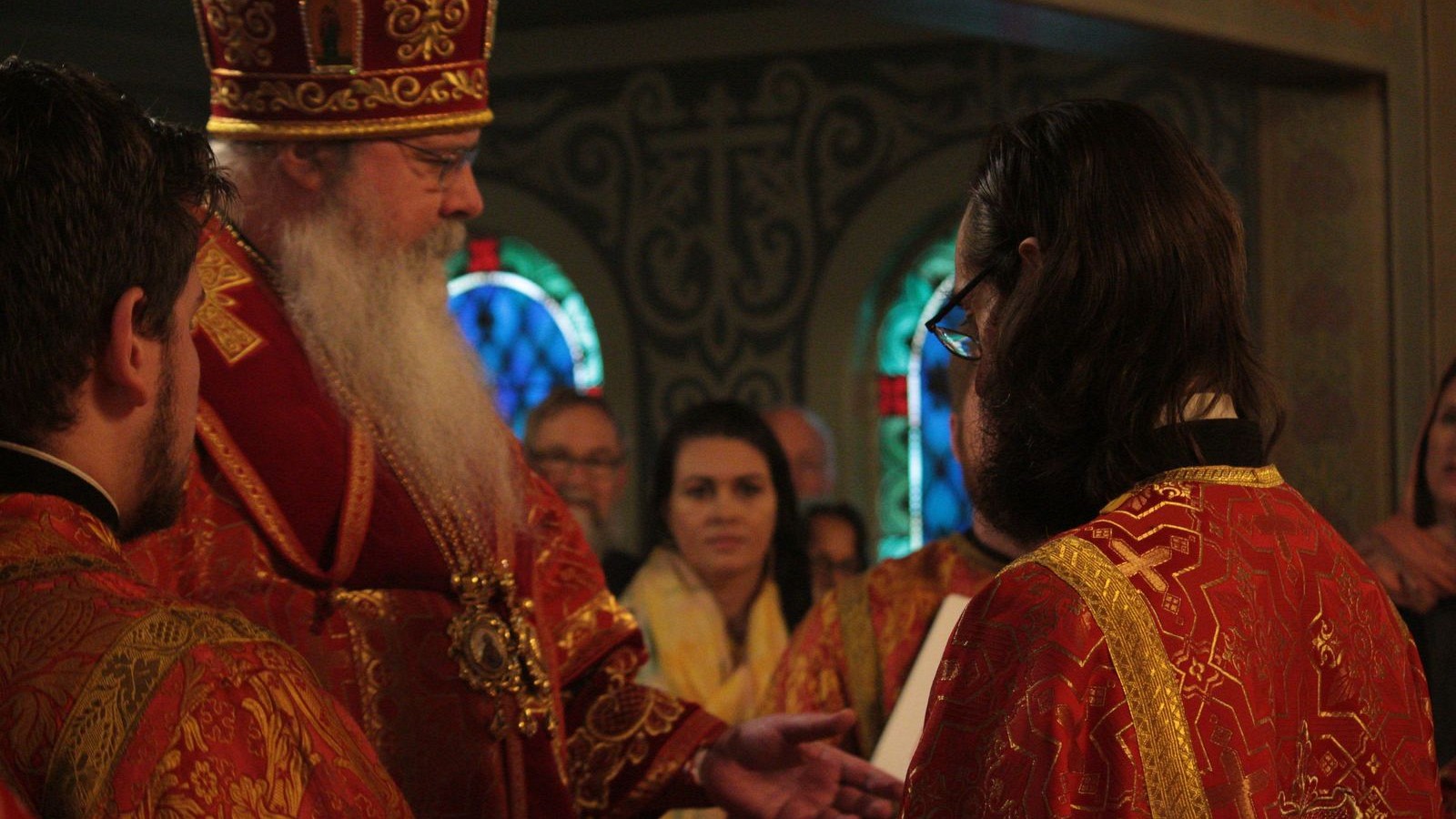 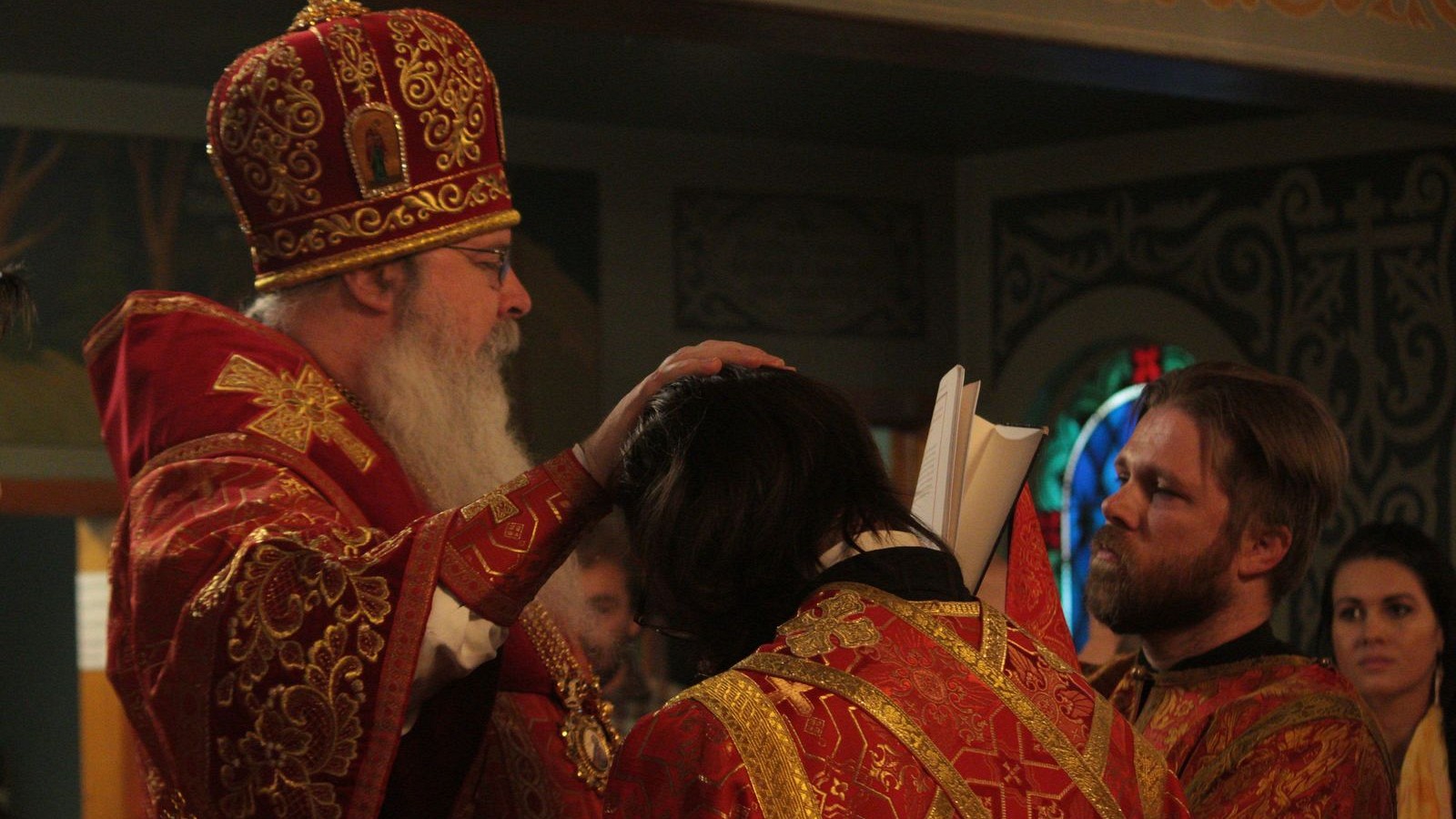 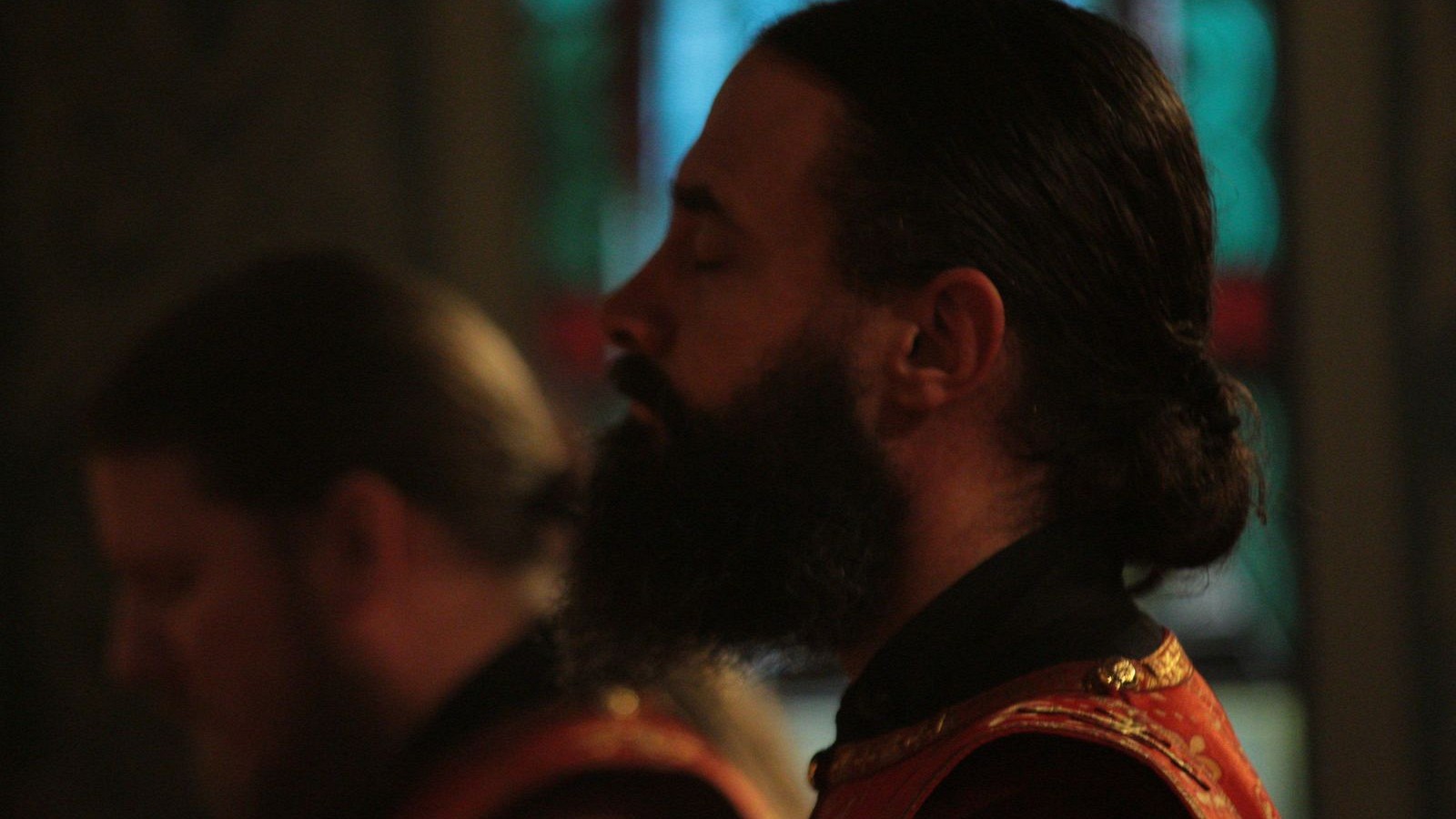 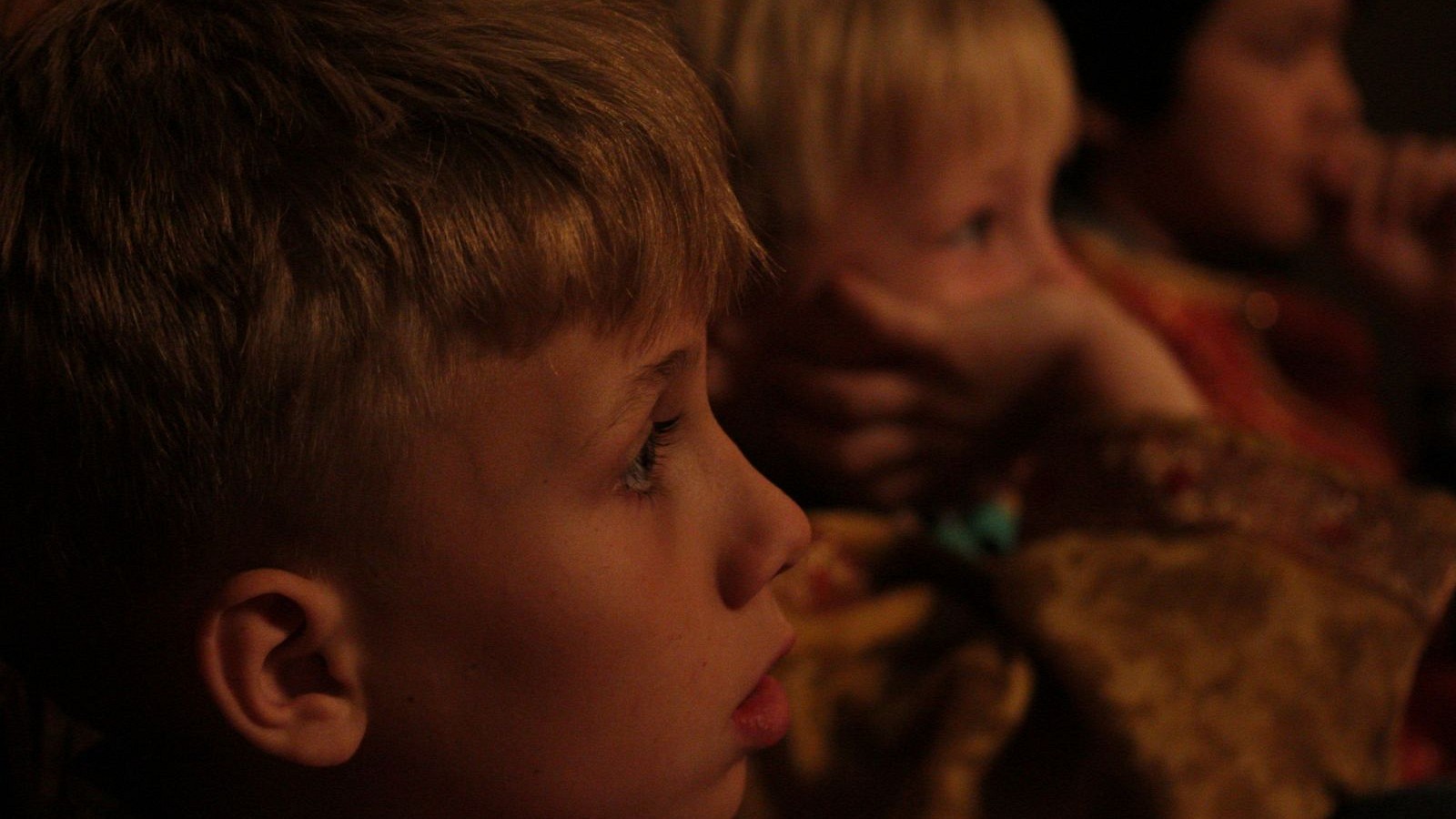 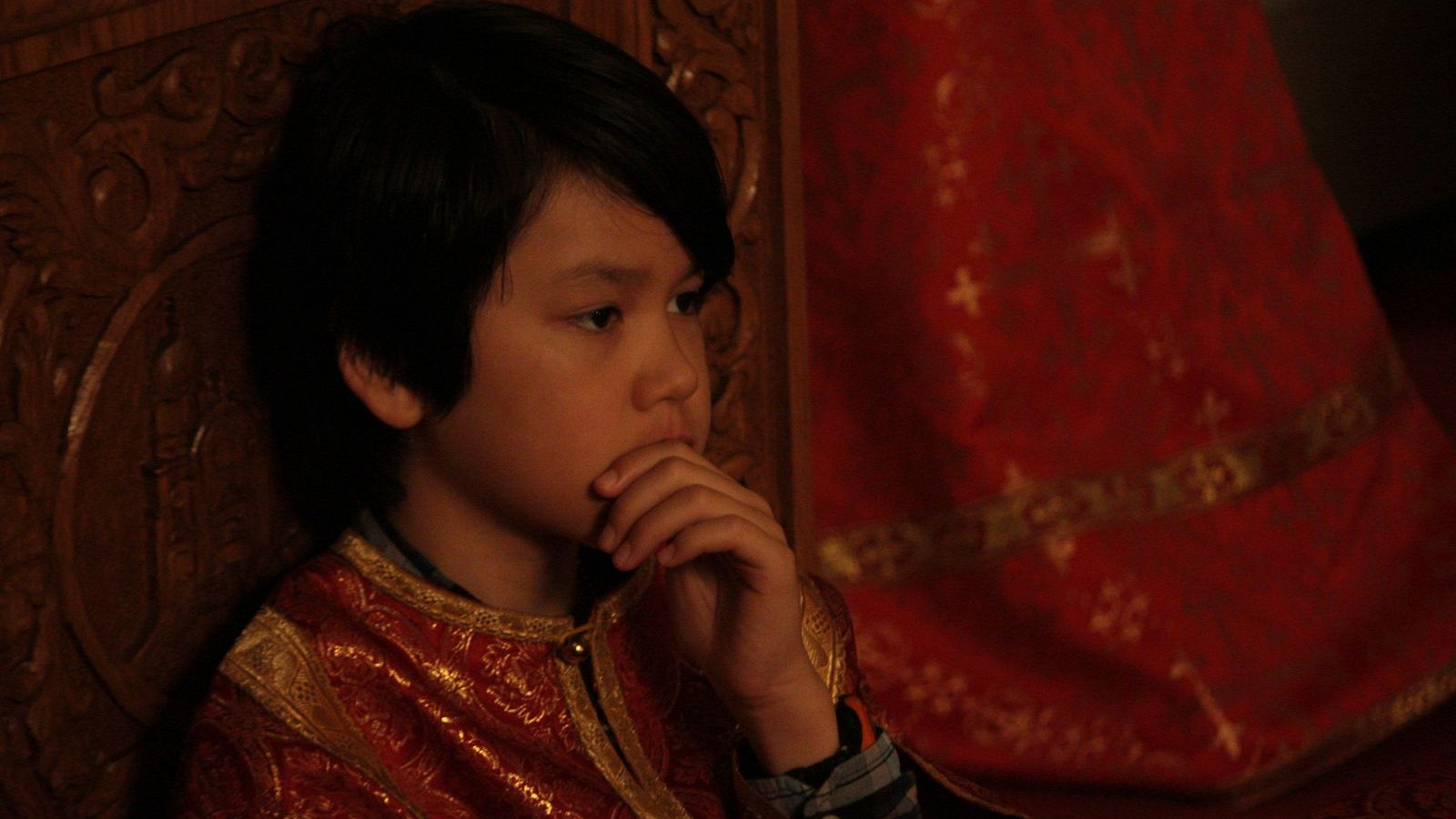 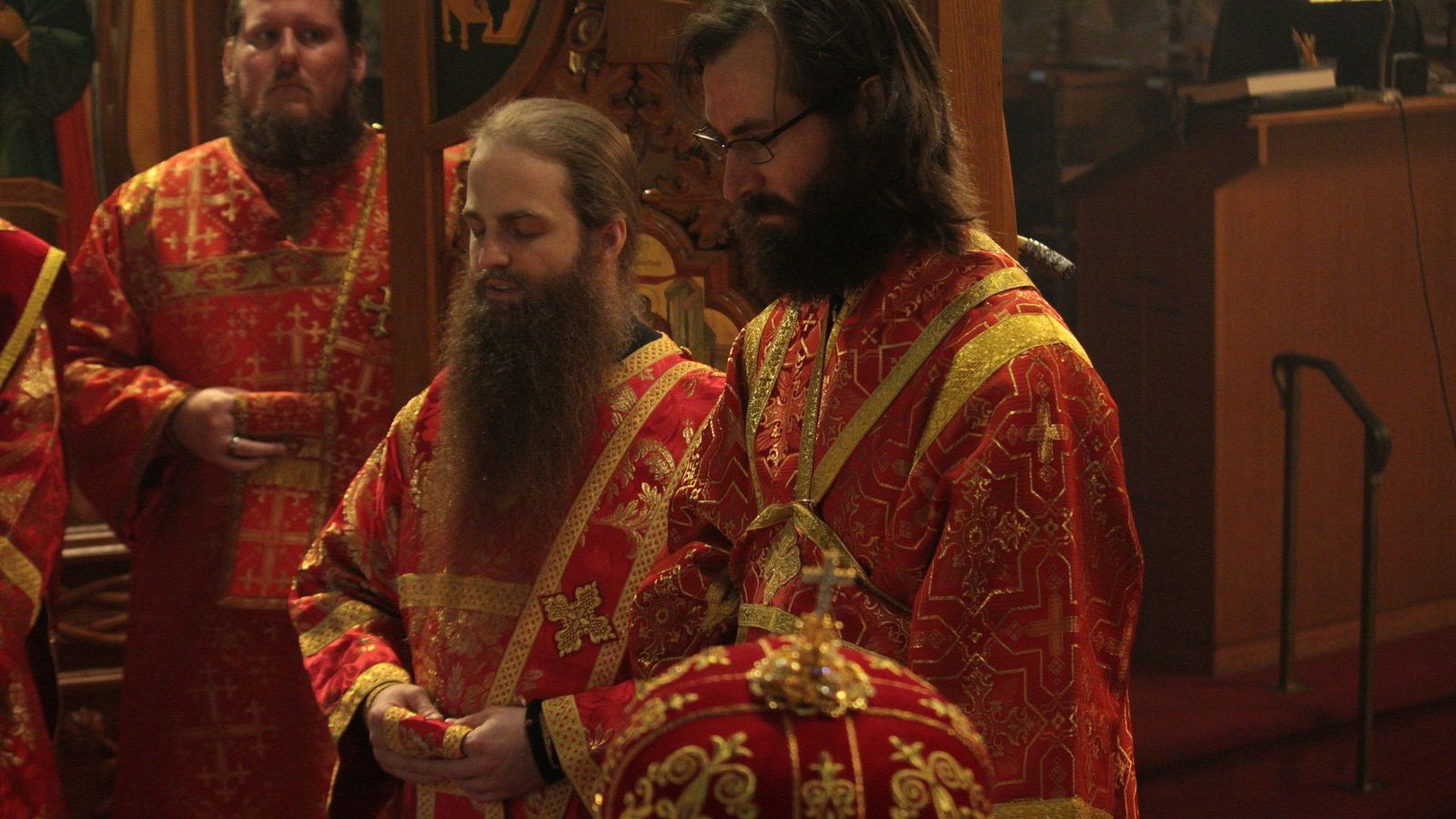