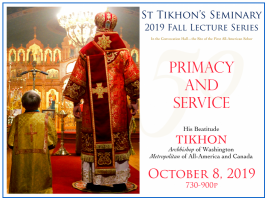 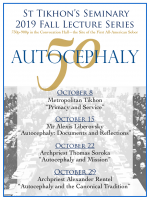 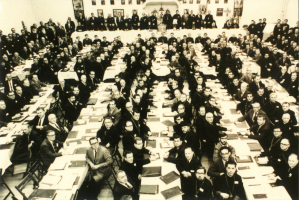 St Tikhon's Orthodox Theological Seminary announces the 2019 October Lecture Series, "Autocephaly", celebrating the 50th Year of Autocephaly of the Orthodox Church in America.  The Lectures will begin Tuesday, October 8, and continue on each of the following Tuesdays in the month, Oct 15, 22, and 29.

Archpriest John Parker, Dean of St Tikhon's noted, "For the Orthodox Church in America, it is also momentous, in that the Lectures will be held in the newly-renovated Convocation Hall, the site of the first All-American Sobor in 1970.  It is a rich blessing not only for the Seminary, but also for the living history of the Orthodox Church in America, as we labor to fulfill the Great Commission in this land."

His Beatitude, the Most-blessed Tikhon, Archbishop of Washington, Metropolitan of All-America and Canada, will give the opening lecture, "Primacy and Service," on Tuesday, October 8, 7:30-9:00pm.

October 29:  Archpriest Alexander Rentel, Chancellor of the Orthodox Church in America, "Autocephaly and the Canonical Tradition".

Lectures will run for forty-five minutes, with fifteen minutes to follow for questions and answers.  A light reception follows each lecture, finishing at 9pm. 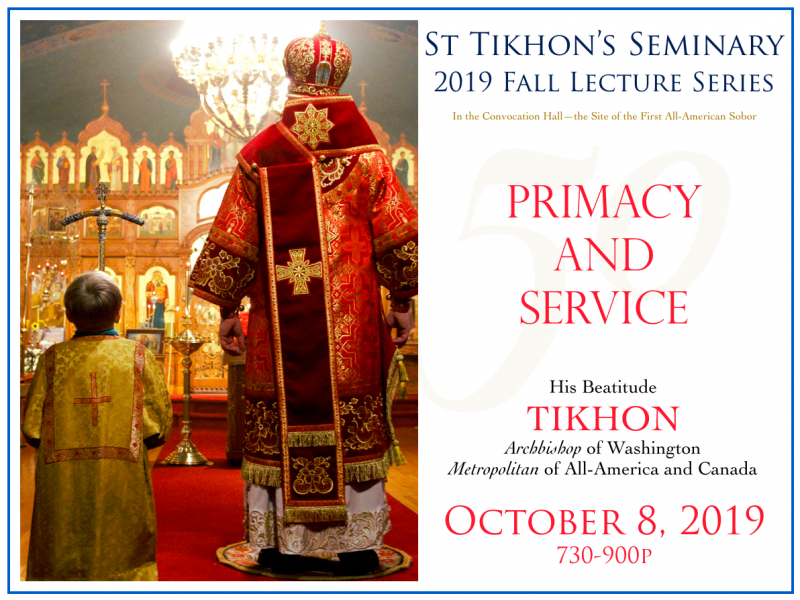