Saint Tikhon’s welcomed Father Stephen Powley, parish priest of Saint John’s Greek Orthodox Church in Pueblo, Colorado, and Executive Director of Orthodox Christian Prison Ministry (OCPM).  He discussed the reality of incarceration in the United States compared to other places in the world, as well as his own story of becoming a chaplain. He explained the experience prisoners have with combating the “flames of hell” as they seek to ascend the ladder toward the embrace of the Lord.  The prisoners who seek Christ see His blood as extinguishing those flames.

Having been accepted as a chaplain, Fr. Stephen was told by a warden to “go do what chaplains do” (without much idea as to what that should be). The voice of Christ pushed him not to fear, but to engage the prisoners and embrace their personhood. Fr. Stephen explained that in ministering to those in prison, we are visiting and serving Jesus Himself.

Fr. Stephen noted, “the Orthodox Church has been on a collision course with people going into and coming out of prisons and jails.” He further explained how fallen men and women--terrible criminals, even--can and do become Saints. He used Saint Moses the Strong of Ethiopia as a prime example. Father spoke of the incredible transformations that he has experienced in his time working with prisoners--with both social and spiritual re-orientations. Fr. Stephen reminded the students that “a welcoming Church sees each individual as a person made in the image and likeness of God; it has unconditional love, trust, and realistic expectations.”

Fr. Stephen spoke about an encounter he had in the chapel of Hosios Loukas Monastery. While praying, Fr. Stephen had a vision of a man locked up in a supermax prison. He eventually found that man and told him about his experience. The man had never expressed interest in Orthodox Christianity before, but after being introduced to the Faith by Fr. Stephen, the prisoner embraced the Truth of the Church.

He told us about His Eminence, Metropolitan Isaiah of Denver, tonsuring several life-sentence prisoners with developed spiritual lives into the monastic life. One prisoner, influenced by these new monks and their excitement for Great Lent, fasted for days and experienced a bright Woman as if in a dream, asking him to take her Baby. Father Stephen explained to the inmate that the Theotokos seemed to be asking the man to accept the Lord. Metropolitan Isaiah, after hearing the story, remained silent. He then turned to Fr. Stephen and said, “baptize him.”  The inmate also desired this, and he entered into the Holy Church.

Fr. Stephen showed the seminarians a photo of what a baptism looks like within a prison. The students asked Father about how a new priest can get involved in prison ministry.  He explained that the easiest way is to connect with a local incarcerated Orthodox Christian, but you can also connect with a local chaplain for a prison--and perhaps suggest teaching a course to inmates on Early Church history. Father reminded everyone that Saint Tikhon’s and OCPM have been working together for many years, and that Father John Kowalczyk is helping lead an exceptional program at the seminary. We are so grateful to the wonderful leaders who help lead the way for future clergy in ministering to those in prison.

For more information on the wonderful work of OCPM, check out: https://theocpm.org/. Stay tuned for a podcast featuring Fr. Stephen on a future episode of Spirit of St. Tikhon’s on Ancient Faith Radio. 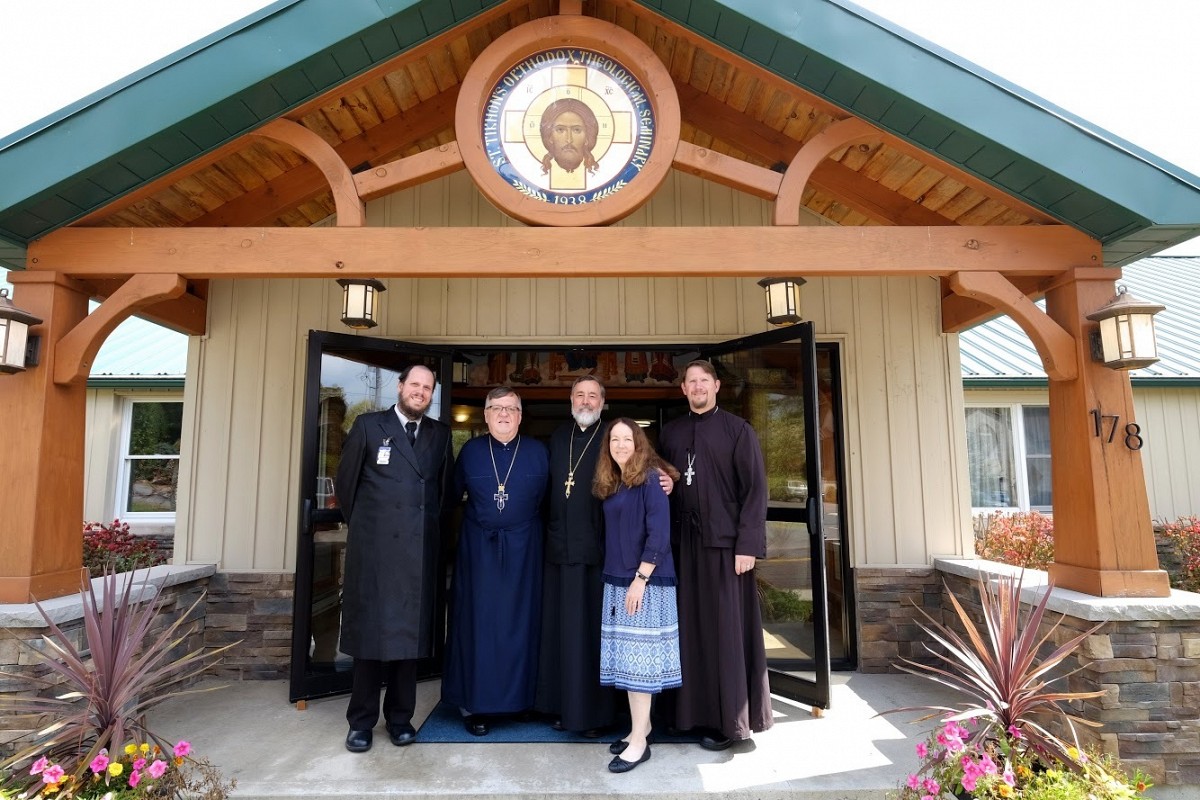