On Tuesday, October 8, St Tikhon’s Orthodox Theological Seminary welcomed His Beatitude, the Most-blessed Tikhon, Archbishop of Washington and Metropolitan of All-America and Canada, back to his alma mater for the 2019 Fall Lecture Series.  His Beatitude inaugurated the series, entitled Autocephaly, as a prelude to the OCA’s celebrations of 50 years of the granting of Autocephaly from the Russian Orthodox Church in 1970.

His Beatitude spoke not only from an historical and liturgical perspective concerning Primacy, but also offered his audience many personal reflections.  For him, for example, the honor to consecrate Holy Chrism for Baptism is one aspect of his Primatial service which he most appreciates and enjoys.  His Beatitude reinforced through his lecture his view that Primacy is not a gift of power or position, but one of humble service and obedience to shepherd a flock.

Metropolitan Tikhon’s Lecture was entitled, “Primacy and Service” and will be available on St Tikhon’s Ancient Faith Radio podcast, “The Spirit of St Tikhon’s” shortly.  The next lecture will be offered by Alexis Liberovsky, Archivist of the Orthodox Church in America, on Tuesday, October 15, 730-9p, in the Convocation Hall.  All are welcome. 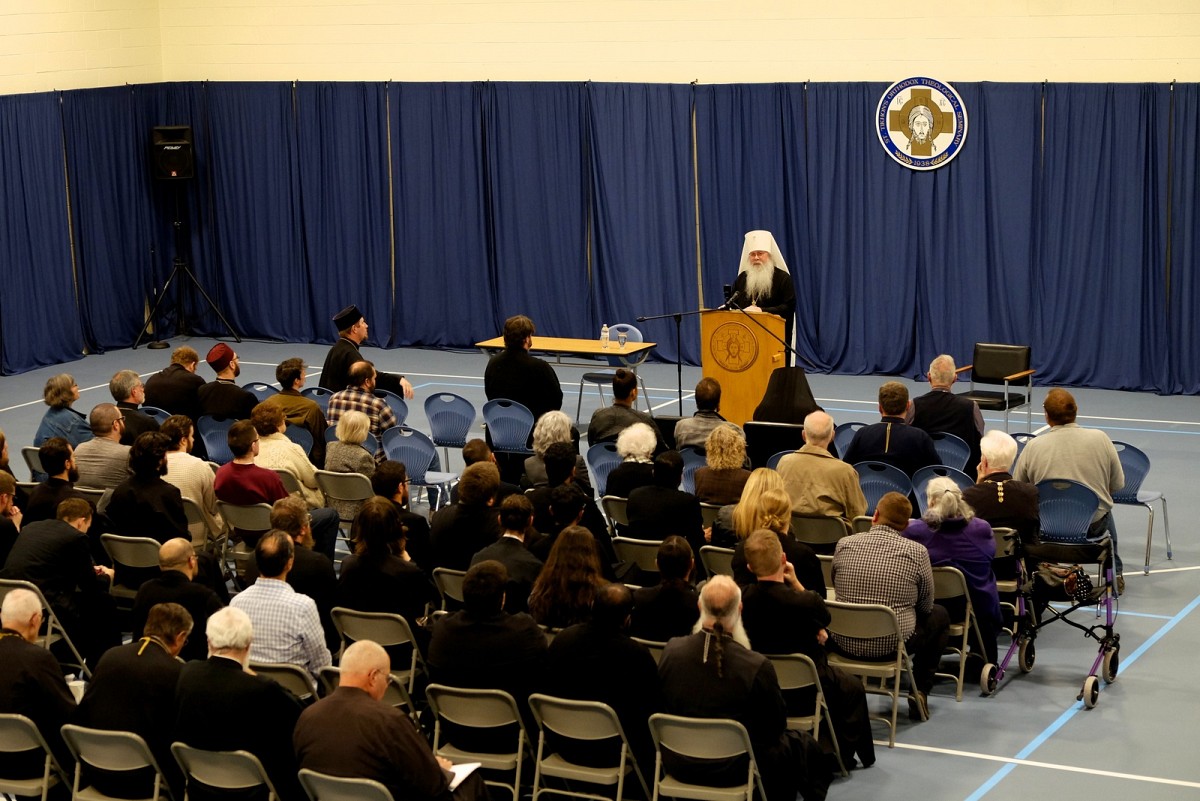