According to the group’s constitution, OISM exists “in order to create a closer fellowship among students enrolled in Orthodox Christian schools of theological education of all jurisdictions, to affirm our common traditions and gain an appreciation of other cultures and traditions, to promote understanding and unity among all Orthodox Christians, to build a network for future clerical and lay cooperation.”  The organization was first gathered over half a century ago, participating in what were usually called “Encounters” by the seminarians in those days.

OISM’s recent reinstitution was the fruit of the efforts of Archbishop — then Father — Michael (Dahulich).  In 2003, he invited students from each of the Orthodox seminary campuses to Saint Tikhon’s, and within a year, officer positions were filled and the students were taking the reins of the organization.

At the Spring 2019 Retreat at Saint Vladimir’s, OISM President Isaac Lampart (STOTS ‘19) passed on the torch to Paul Murray (HCHC ‘20), who worked with a host of school representatives, including OISM Treasurer Peter Simko (STOTS ‘21),  to organize the Fall Retreat with the theme, “Christ: Beauty Incarnate.” Over the next several months, the OISM Board--along with the help of several generous donors and dozens of STOTS students, faculty, and staff--labored to prepare a successful event, featuring three wonderful speakers in the Very Reverend Archimandrite Doctor Alexis (Trader), Doctor Timothy Patitsas, and Jonathan Pageau.

The Retreat kicked off on Friday, November 1st, with several OISM members arriving early to participate in a special festal Byzantine Liturgy held in the Monastery’s All Saints of North America Chapel, a fitting location for the start of the weekend.  The evening began the official schedule of activities with a pierogi supper, a Molieben service celebrated by STOTS Dean, the Very Reverend Archpriest John Parker, in the STOTS Saint Nikolai Chapel, and a talk by Father Alexis entitled: “A Jealous Love for the Beauty of God’s House.”  Father Alexis adamantly encouraged the attendees to desire and create beautiful Orthodox Churches and sacred spaces in the midst of an often ugly world.

On Saturday, a Hierarchical Liturgy was celebrated by STOTS Rector, His Eminence, Archbishop Michael, including the ordination of Subdeacon Doctor Gregory Matlak (STOTS ‘20) to the Holy Diaconate.  OISM members from participating schools helped sing with the Mission Choir during each of the Saturday services hosted in the Monastery Church.  Students were blessed to be anointed with oil brought by His Eminence from a recent visit to Jerusalem and the site of Saint Stephen the Protomartyr’s stoning.  After a General Assembly Meeting for the group (which began with a blessing from His Eminence and a note on the importance of acting out our Orthodox unity), the Very Reverend Archpriest John Kowalczyk introduced the next speaker after sharing a reflection about his time as an officer in OISM in the 1970s.  Next up was Jonathan Pageau, who gave a presentation entitled, “Christ and the Deisis as an Ontological Hierarchy,” focusing on the “unfolding” of the famous Deisis configuration and symbolism in Orthodox iconography and design.

After lunch and an opportunity for students to visit the Monastery Bookstore and the Metropolitan Museum of Orthodox History in America, the next speaker, Doctor Timothy Patitsas, was introduced by Father John Parker, who encouraged the OISM membership in their obligation to preach to the non-Orthodox as they take on vocations across the continent.  Doctor Timothy then spoke on “the Beautiful Time,” explaining the important difference between chronos and kairos, and how our lives need to be organized according to the good and proper use of time, which seems to spiral in the life of the Church.  Each talk was recorded. The evening came to a close with the Resurrection Vigil at the Monastery Church, again sung by the Mission Choir, followed by a large dinner, a basketball game in the seminary’s new Gymnasium/Convocation Hall, and a campfire at the nearby residence of STOTS Faculty Benedict and Maria Sheehan.

The OISM Retreat concluded on Sunday after Divine Liturgy  and coffee hour. Students expressed their enjoyment of the food, the fellowship, and the genuine hospitality offered by the entire Saint Tikhon’s community through the course of one of the largest OISM Retreats in memory.  The next OISM Retreat is planned to be at Hellenic College Holy Cross in the spring. 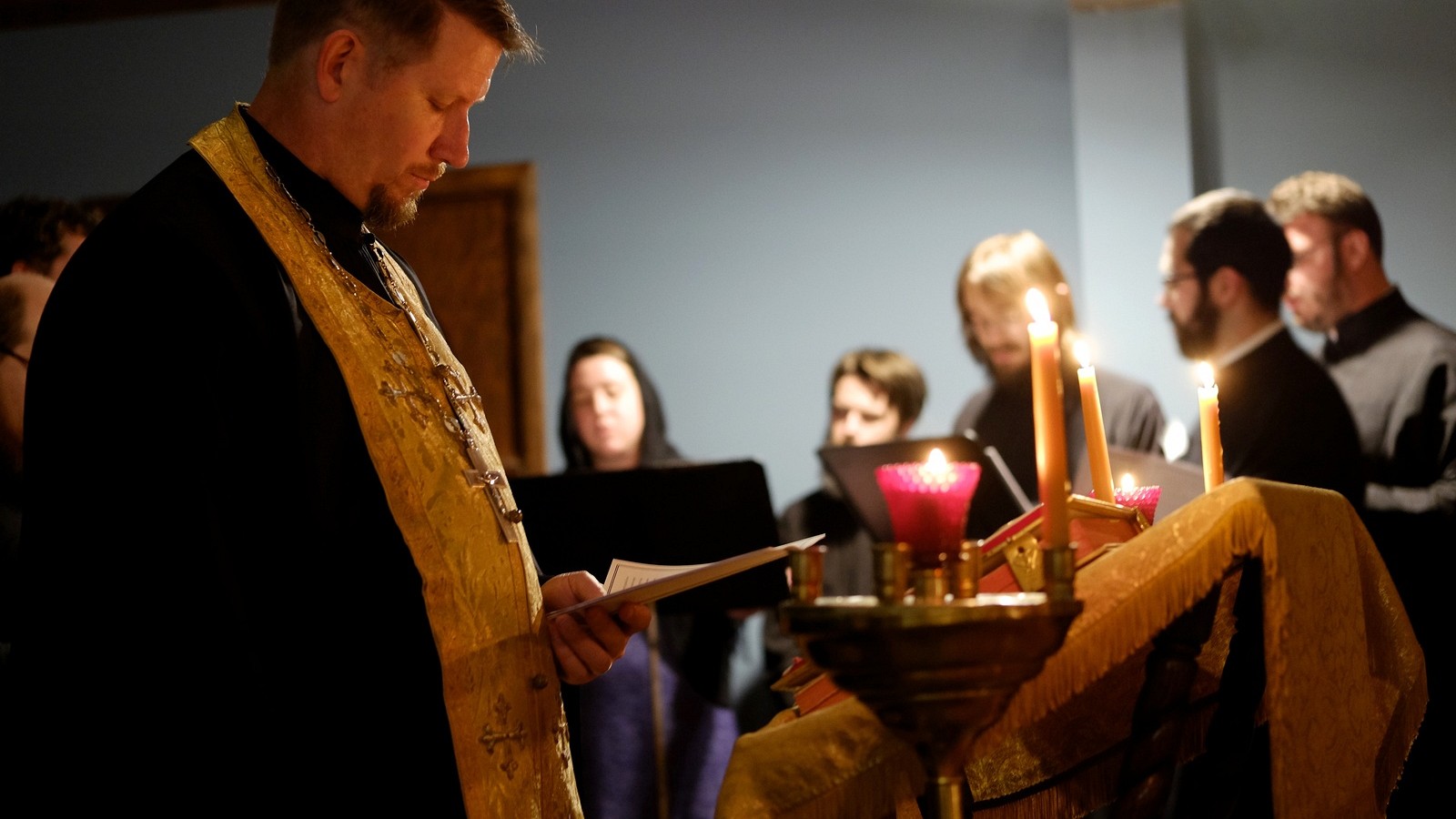 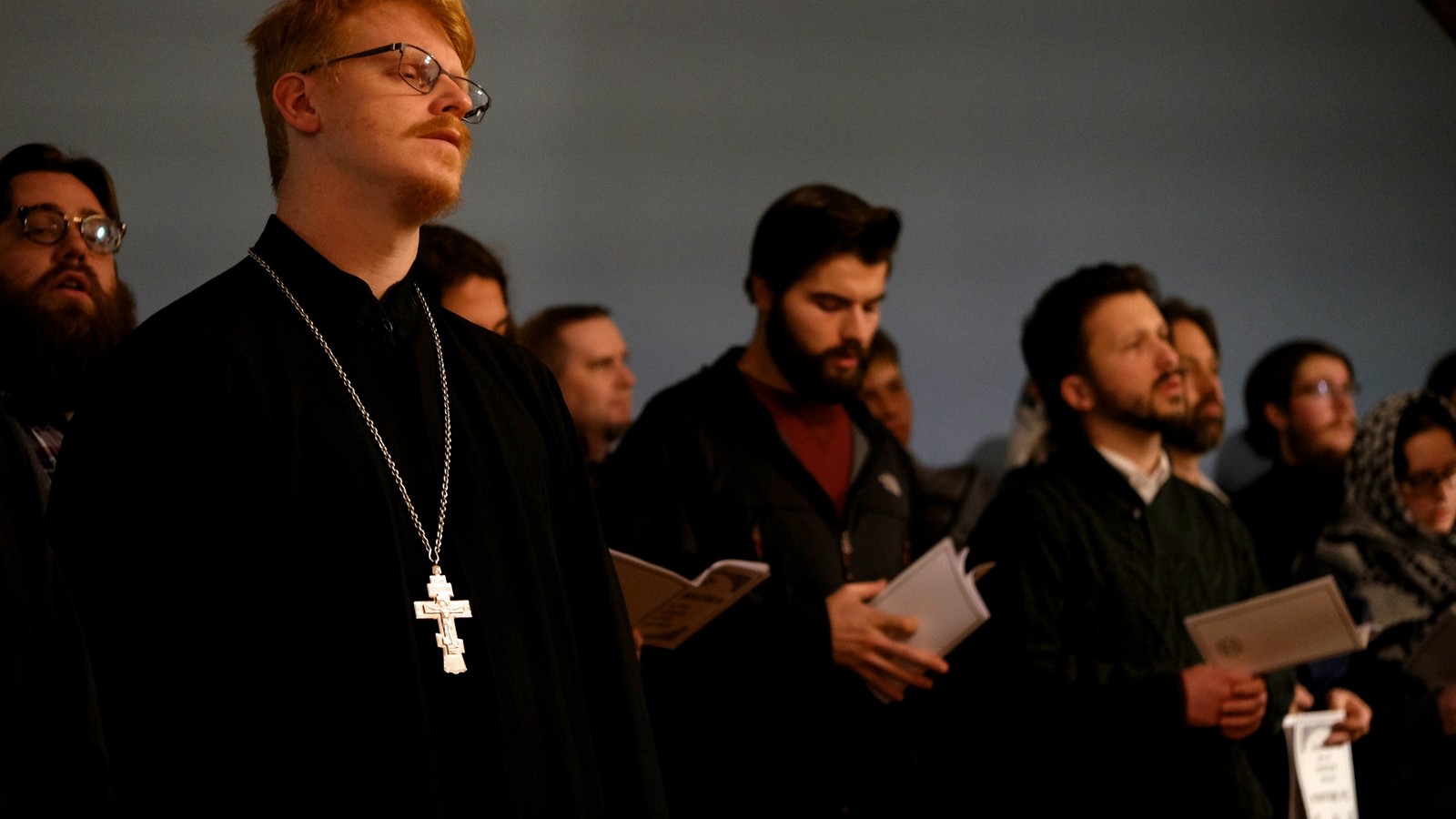 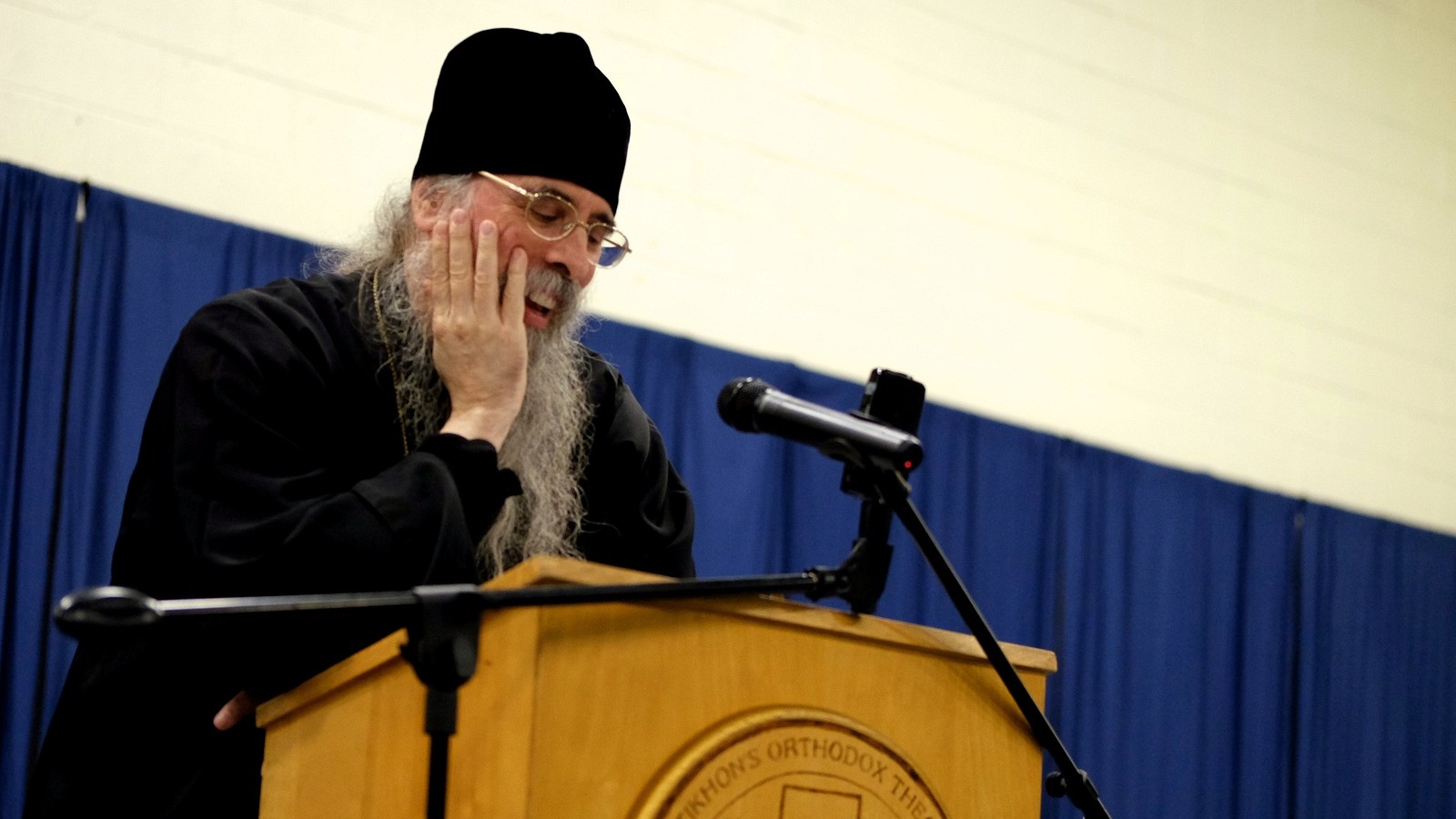 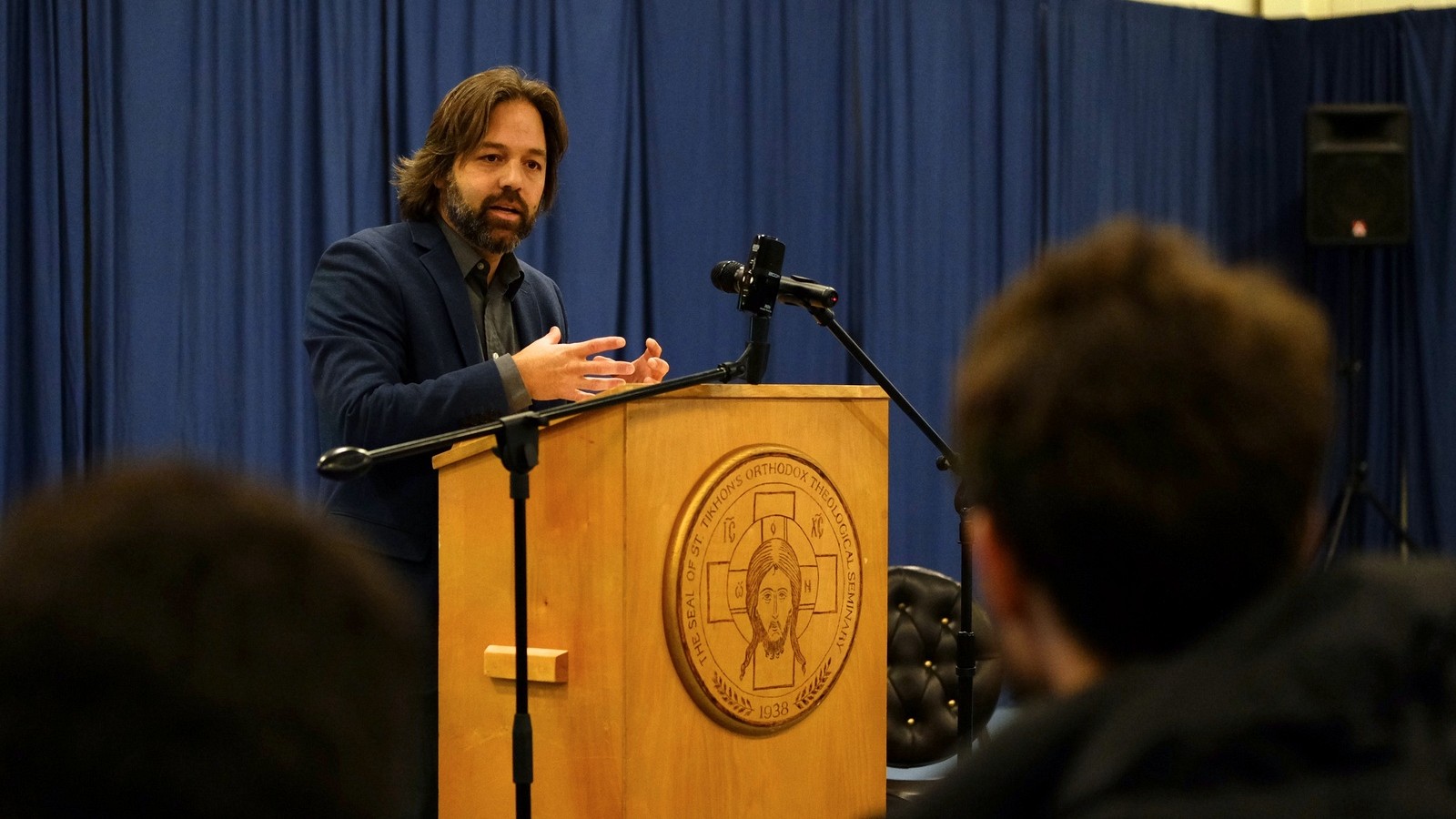 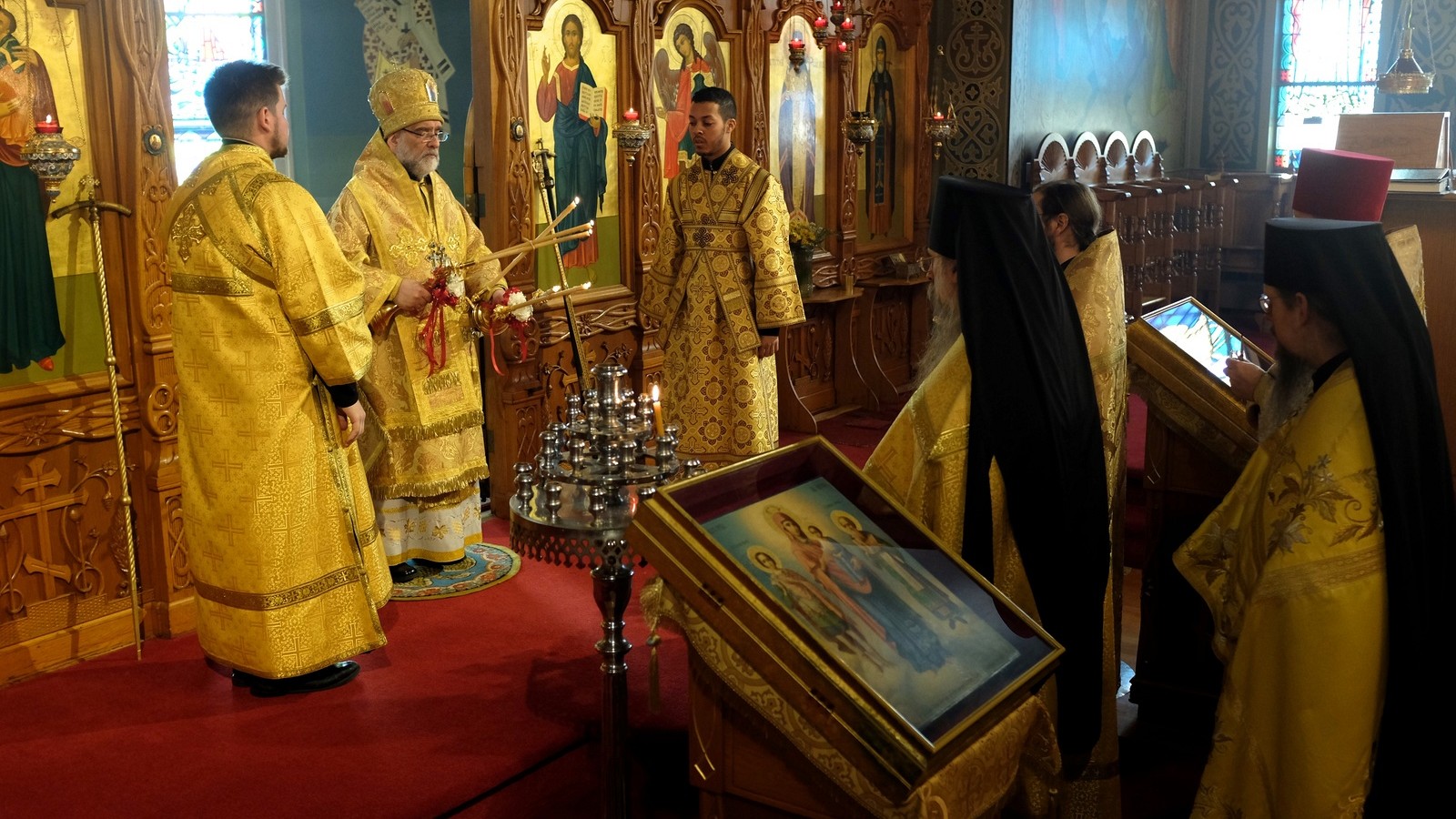 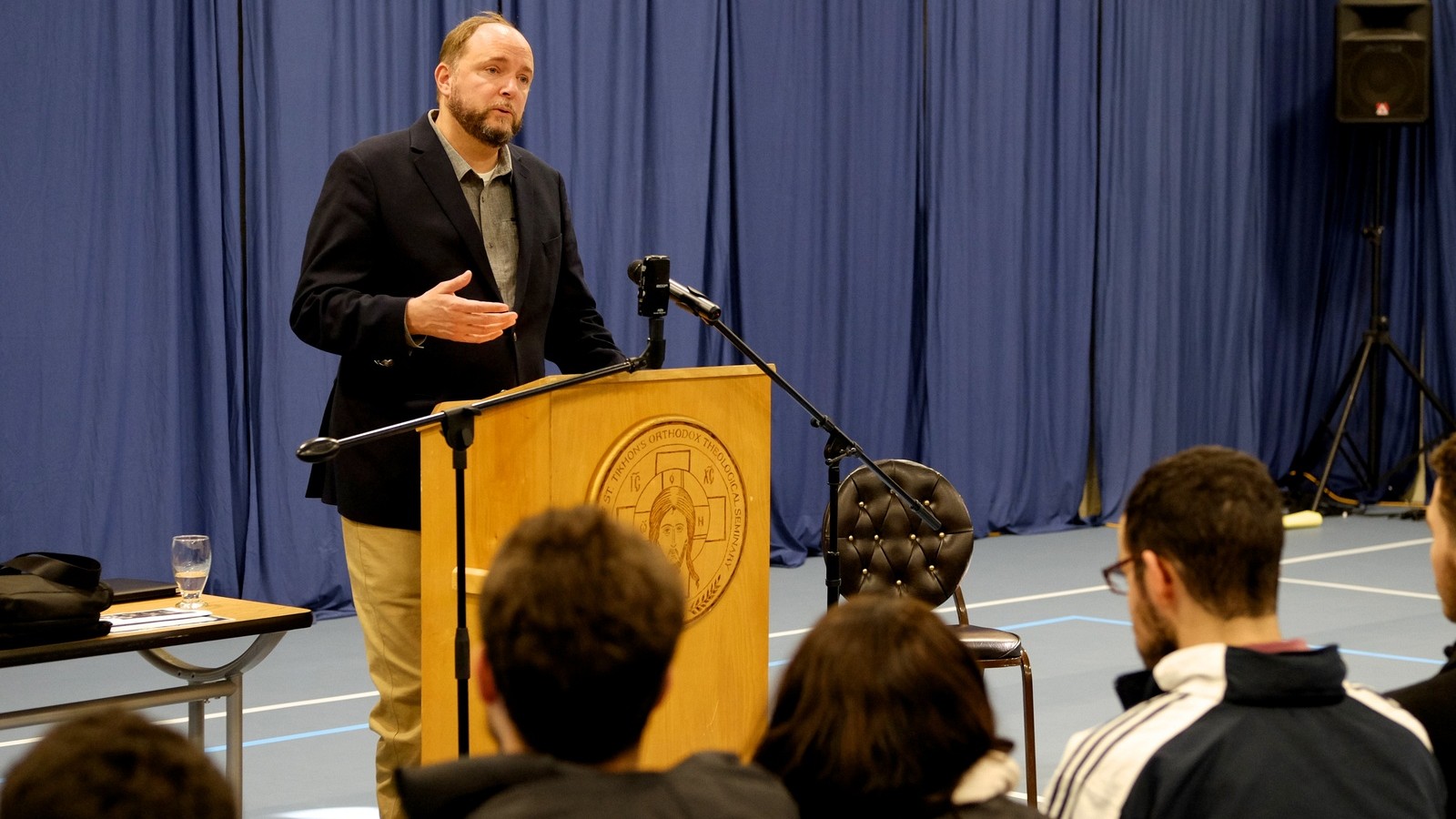 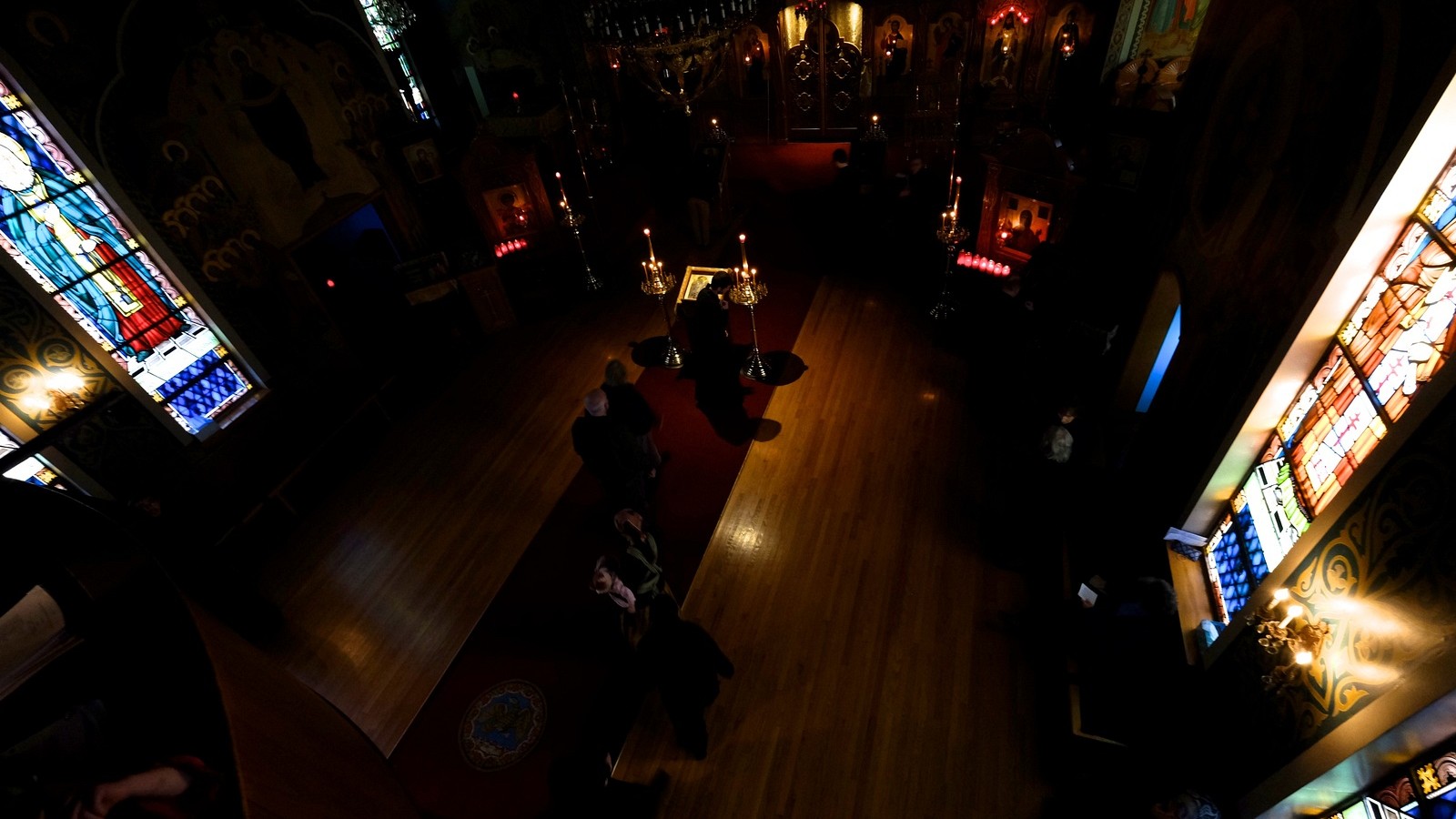