On Friday, January 24, 2020, St. Tikhon’s Rector, Archbishop Michael (Dahulich) of New York and New Jersey; Dean, Archpriest John Parker; Board Member, Bishop Thomas (Joseph) of Charleston, Oakland, and the Mid-Atlantic; Hieromonk Herman (Majkrzak) of St. Tikhon’s Monastery; and a large group of St. Tikhon’s faculty, staff, seminarians, and their families joined Metropolitan Tikhon and other Orthodox Bishops, clergy, and faithful from several jurisdictions across the United States, including faculty, staff, and seminarians from OCA sister seminary St. Vladimir’s, at the March for Life in Washington, DC.

This March for Life was particularly historic. For the first time since the March began in protest of Roe v. Wade in 1973, a sitting President of the United States expressed his support for life in the womb by addressing participants in person at the March.

The day began with Divine Liturgy at St. Nicholas Orthodox Cathedral in Washington, DC. All marchers then gathered on the National Mall, where His Grace Bishop Apostolos of Medeia led the opening prayer on the main stage for the pre-March rally.

Metropolitan Tikhon served a molieben on the National Mall before beginning the March, entreating the Lord in His mercy to end the scourge of abortion in our land. He addressed the Orthodox faithful: “Today, we march in solidarity with many others from across our nation to show our government leaders our commitment to life—to life that begins from the very moment of conception.” He also expressed the love and forgiveness Christ has for all mankind, in words characteristic of our Orthodox approach to supporting the cause of life: “We show our nation that we can allow no excuse for abortion. At the same time, we proclaim the love and forgiveness that Christ offers to all of us, and we extend our open arms in love and mercy to those who have participated in the sin of abortion.”

After Metropolitan Tikhon’s address, Orthodox marchers were led in hymns by Hieromonk Herman and St.Tikhon’s seminarians throughout the course of the March towards the U.S. Supreme Court. Many non-Orthodox marchers were noticeably touched by the hymns sung in love by the faithful, inquiring about the hymns, and marching close by in peace and solidarity. Escorted by clergy of the Russian Orthodox Cathedral of St. John the Baptist in Washington, DC, an icon and relics of The Holy Innocents accompanied the faithful on the March. 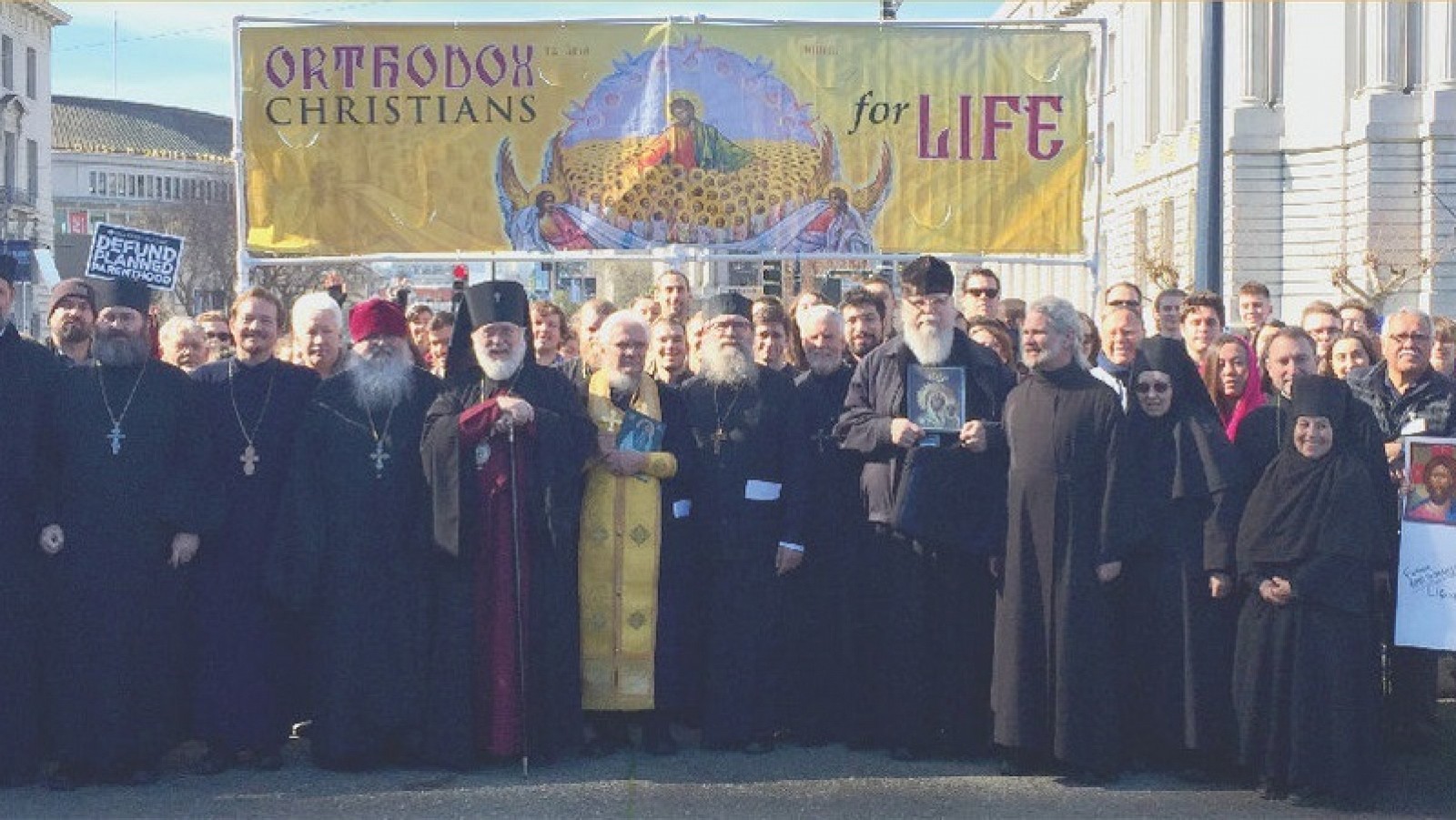 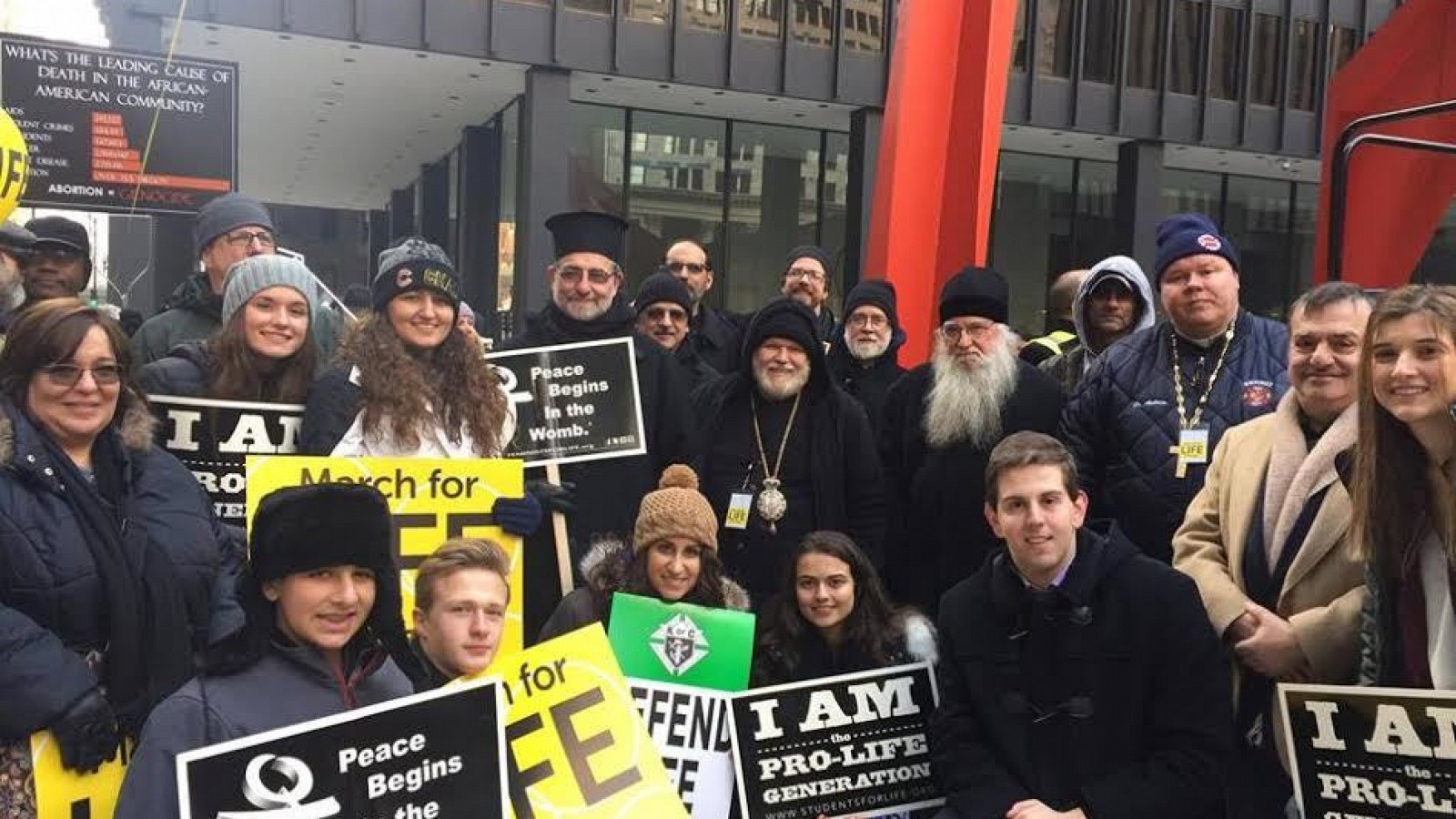 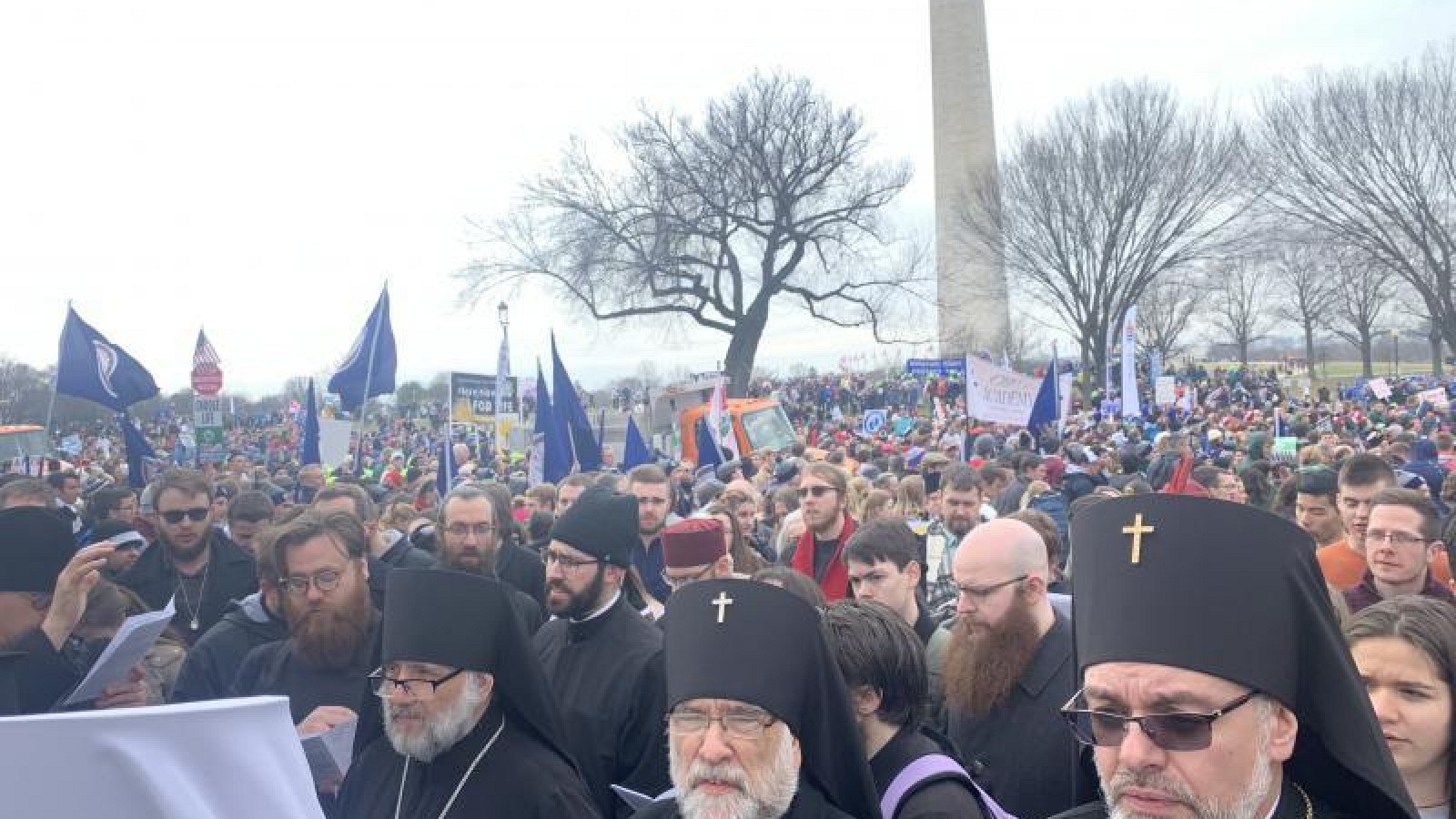 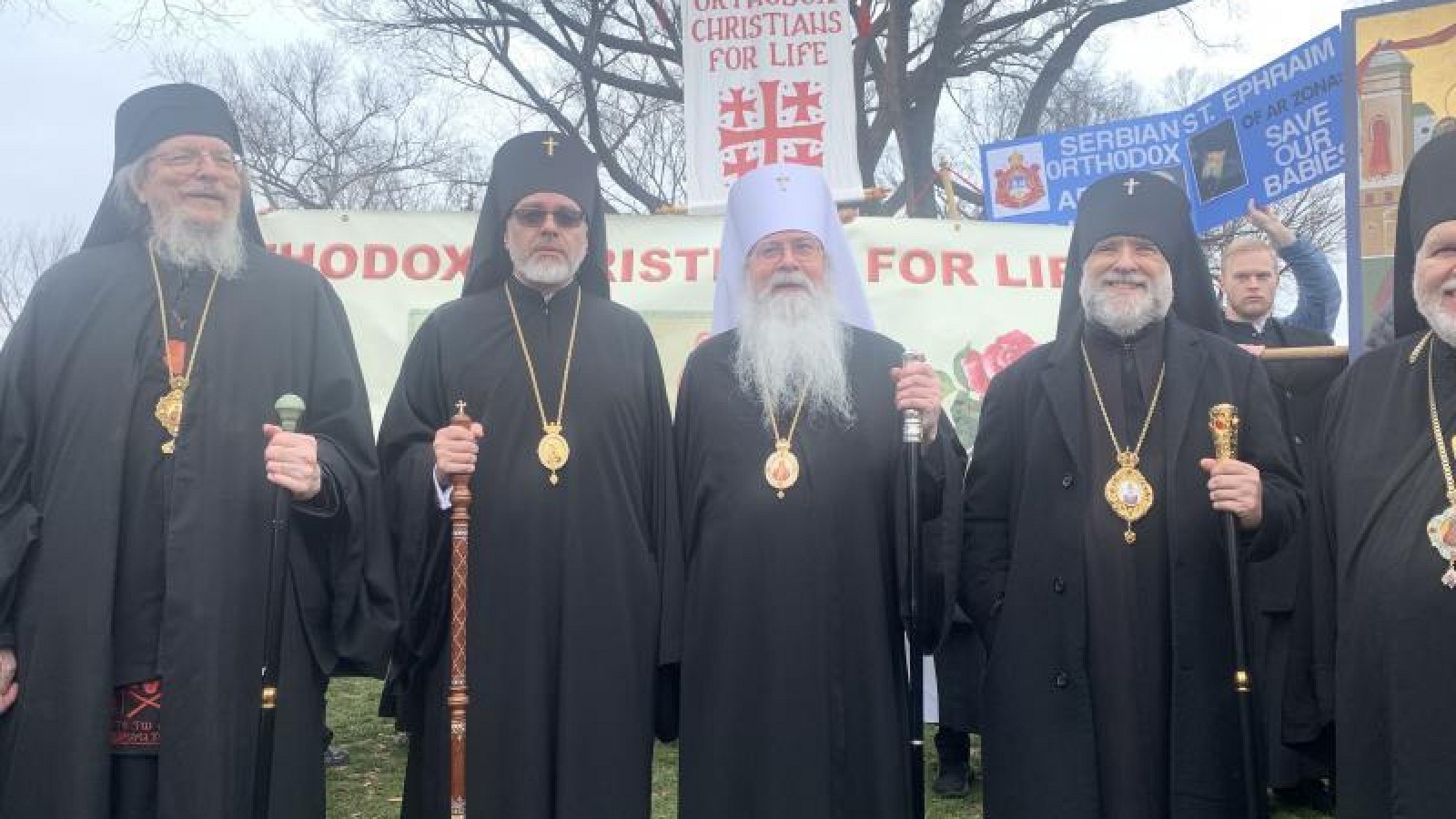 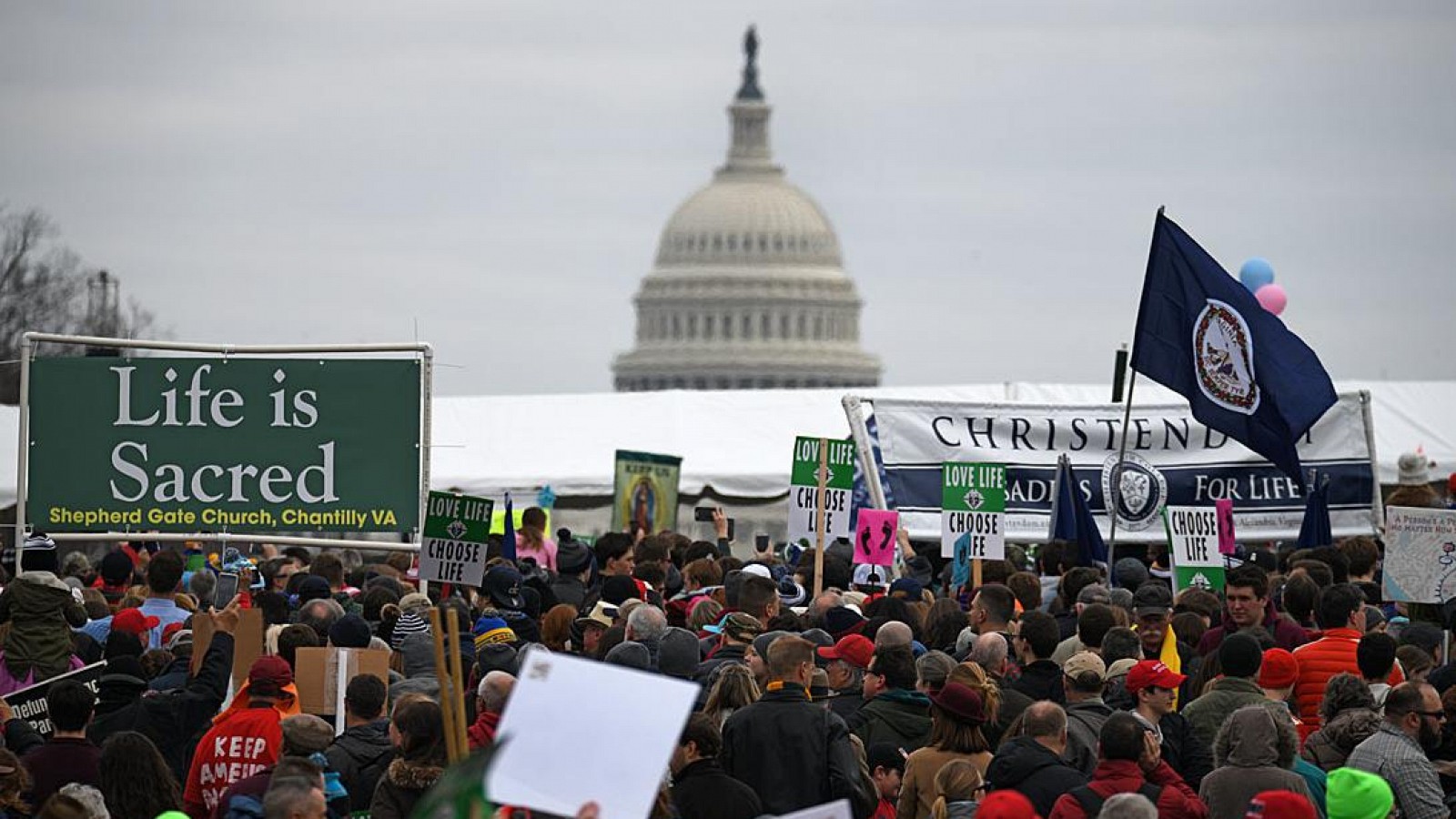 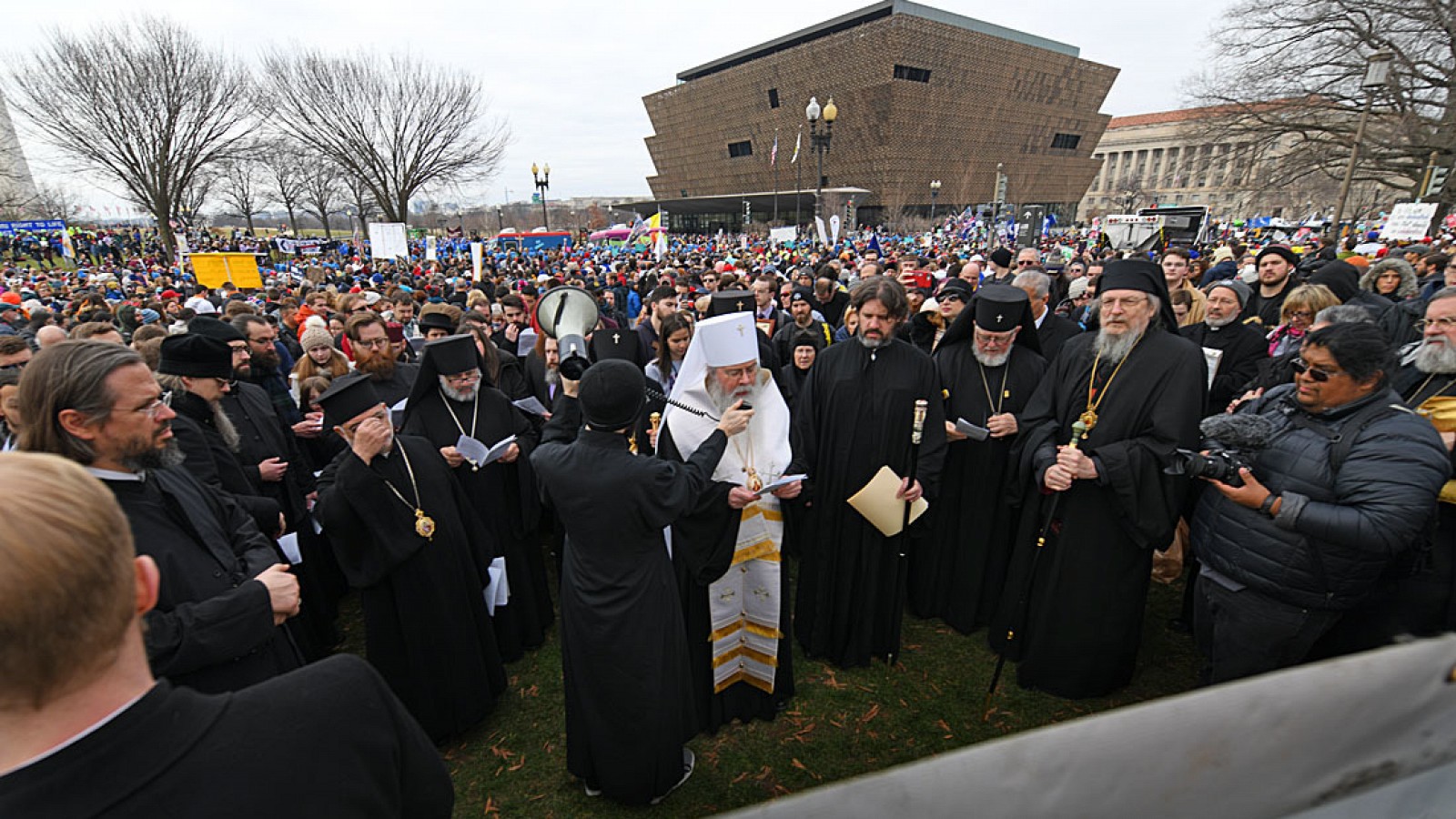