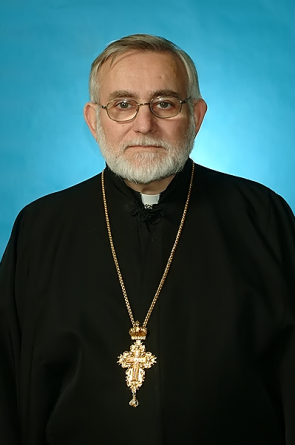 Father John graduated from Saint Tikhon’s Orthodox Theological Seminary in South Canaan, PA in 1965. Metropolitan Ireney ordained him to the diaconate on December 19, 1966 and to the priesthood on December 25, 1966 at Protection of the Virgin Mary Cathedral, New York, NY. Father John was then assigned to Saint Michael’s Orthodox Church in Pueblo, CO. In 1969, he received a Bachelor of Arts from Colorado College. Later that year he was assigned to Saint Michael’s Orthodox Church in Old Forge, PA where he simultaneously served on the faculty at Saint Tikhon’s Seminary. In 1978 Father John served at Saints Peter and Paul Orthodox Church in Herkimer, NY, then transferred to Syracuse, NY.