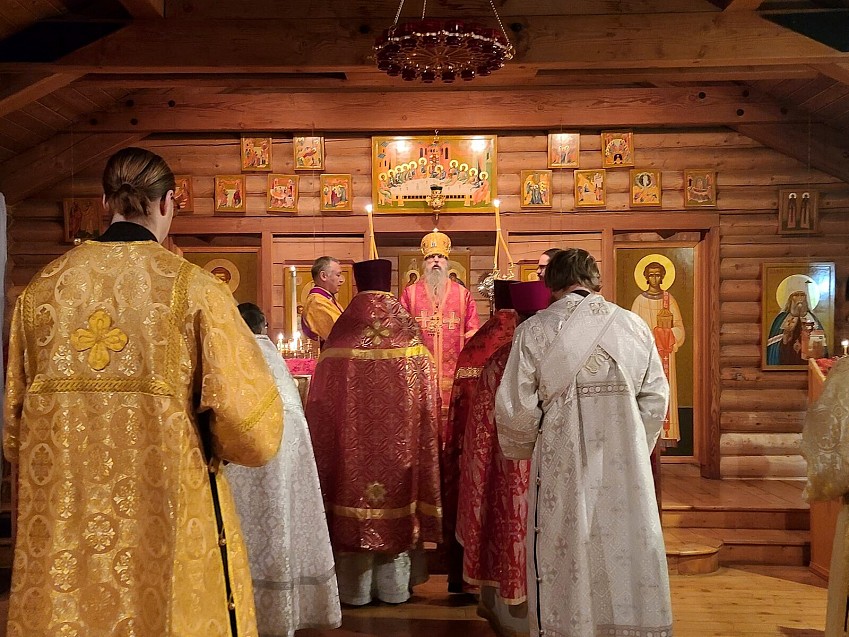 St. Tikhon's is anxiously looking forward to this next month and the number of ordinations that are expected to take place. The first, and certainly the furthest from the grounds of St. Tikhon's, is of Nathan Belt, who was ordained to the diaconate on Kodiak Island, Alaska, in the chapel of St. Herman's Seminary there. He is a second-year seminarian here at St. Tikhon's, but is planning on serving in the Diocese of Alaska after graduation, and was thus ordained by the Locum Tenens of Alaska, Bishop Alexis.
Upon ordination, the newly-ordained returned to his original baptismal name, being ordained Deacon Herman. There could be no more fitting place to be given the name Herman than right there on Kodiak Island, and venerating the very relics of our beloved wonderworker, St. Herman of Alaska.
Also visiting at the same time was Archbishop Michael, our own seminary rector. One of Dn. Herman's first liturgies to serve was with Bishop Alexis and Archbishop Michael concelebrating, a beautiful picture of the communion between two opposite ends of the Orthodox Church in America and among its seminaries.
Axios, Dn. Herman!
By Priest Ignatius Strange (STOTS, Class of 2022) 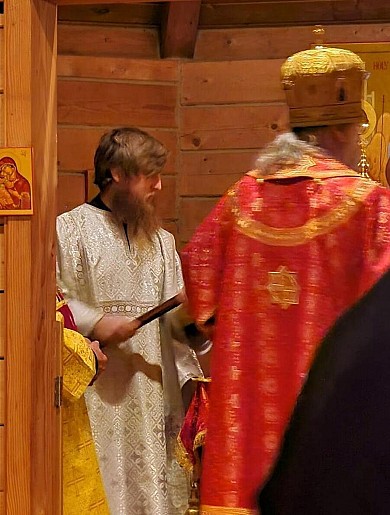 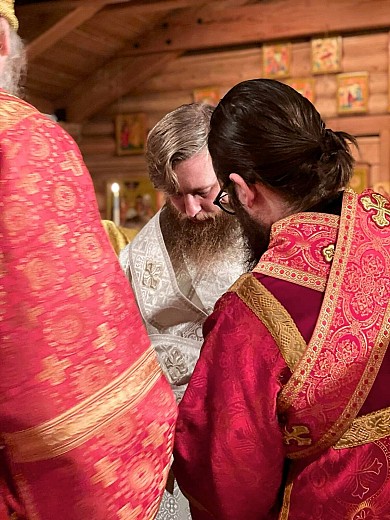