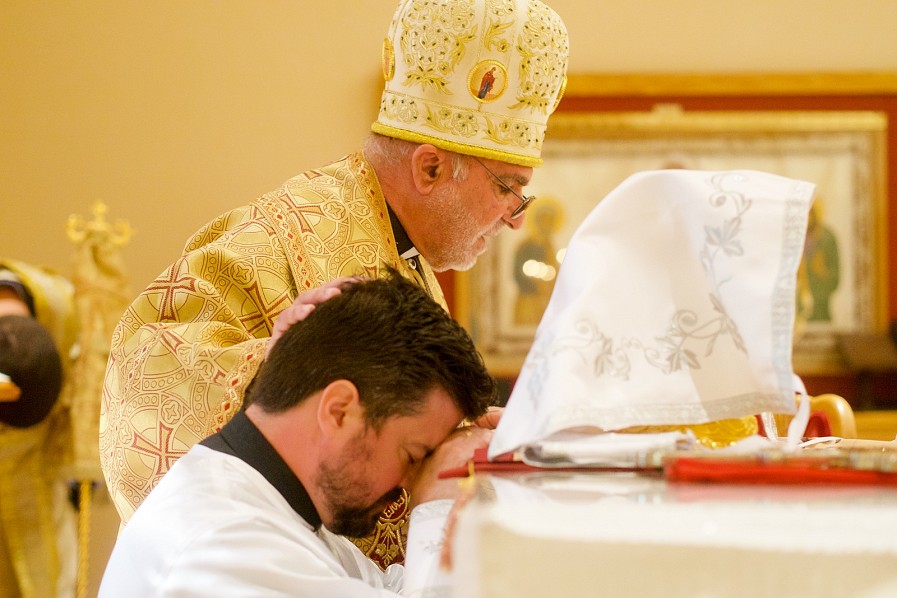 By the Grace of God and with the blessing of His Eminence, Metropolitan JOSEPH of the Antiochian Archdiocese, our second-year seminarian Deacon Ephraim Vest was ordained to the Holy Priesthood by His Grace, Bishop Thomas, on the Sunday of the Blind Man, May 29, 2022, at Saint Mary Orthodox Church, in Wilkes-Barre, Pennsylvania.

At the special request of Bishop Thomas, Father Ephraim’s Ordination became a uniquely sweet and heartfelt family moment when his wife, Presvytera Erin, and their six daughters – Emmy, Mirabelle, Liliana, Magnolia, Miriam, and Jovie – lifted their angelic voices in singing the Ordination Troparia that accompanied him and his sponsors around the Holy Altar.

Joining them and the whole parish of Saint Mary’s in the great joy of the day were Father Ephraim’s parents, Larry and Rita Vest, Presvytera Erin’s parents, John and Judy Frazier, and many friends from Saint Michael’s in Louisville, KY, including Matushka Olga Atty, wife of former Seminary Dean, the Archpriest Alexander Atty of Blessed Memory, as well as seminary faculty and many fellow seminarians and their families.

Together with them all, the Saint Tikhon community exclaims, 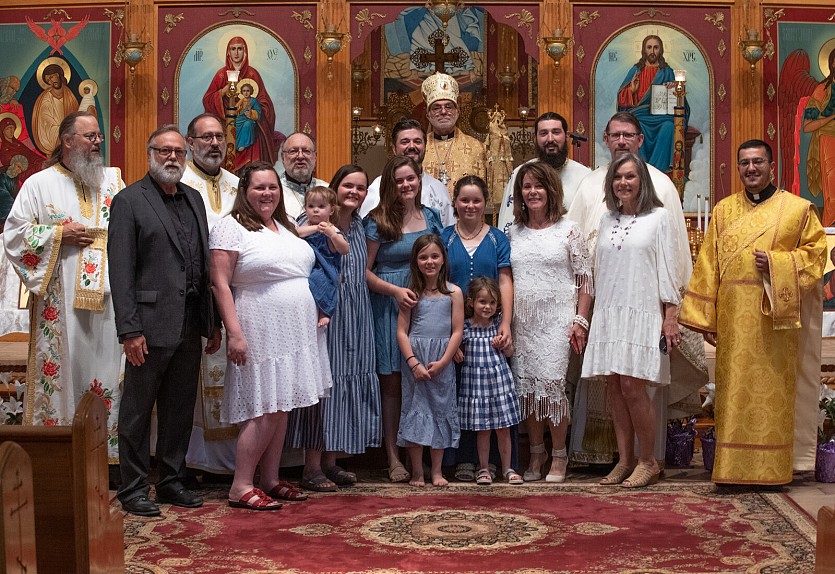